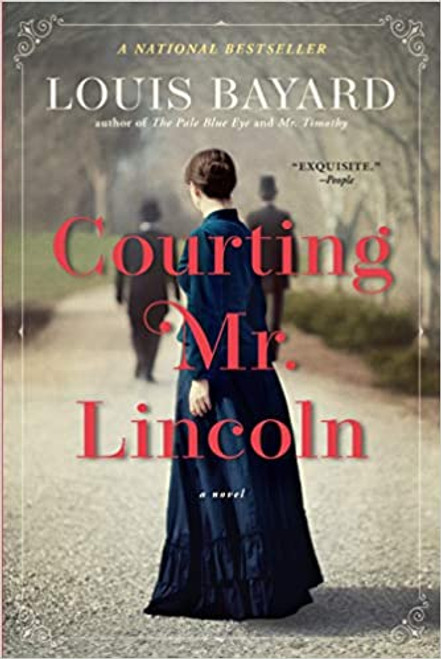 When Mary Todd meets Abraham Lincoln in Springfield in the winter of 1840, he is on no one’s short list to be president. A country lawyer living above a dry goods shop, he is lacking both money and manners, and his gift for oratory surprises those who meet him. Mary, a quick, self-possessed debutante with an interest in debates and elections, at first finds him an enigma. “I can only hope,” she tells his roommate, the handsome, charming Joshua Speed, “that his waters being so very still, they also run deep.”

It’s not long, though, before she sees the Lincoln that Speed knows: an amiable, profound man who, despite his awkwardness, has a gentle wit to match his genius, and who respects her keen political mind. But as her relationship with Lincoln deepens, she must confront his inseparable friendship with Speed, who has taught his roommate how to dance, dress, and navigate the polite society of Springfield.

Told in the alternating voices of Mary Todd and Joshua Speed, and inspired by historical events, Courting Mr. Lincoln creates a sympathetic and complex portrait of Mary unlike any that has come before; a moving portrayal of the deep and very real connection between the two men; and most of all, an evocation of the unformed man who would grow into one of the nation’s most beloved presidents. Louis Bayard, a master storyteller, delivers here a page-turning tale of love, longing, and forbidden possibilities.

Originally published in hardcover in April 2019

“An exquisite historical reimagining of a love acknowledged—and a longing denied.”
—People (Book of the Week)

“Bayard has written eight other novels, and he’s extraordinarily gifted at blending provocative fiction with history. The details of [Mary Todd and Lincoln’s] courtship are lovely to read, but Lincoln’s time with Speed is much more riveting. At book’s end, who’s courting Lincoln remains an enticing mystery.”
—Washington Post

“Courting Mr. Lincoln is a fascinating (and partly fictional) exploration of not only the 16th president, but those enamored by him.”
—Advocate.com

“A miracle; an exquisite story exquisitely told. This glorious novel, big-hearted and clear-eyed, features the most uncanny incarnation of our sixteenth president since Daniel Day-Lewis strode onscreen in Lincoln. If you love Jane Austen, or Hamilton, or fiction—of any era—that transports and transforms in equal measure, look no further. 'Whatever you are, be a good one,' Lincoln urged. Courting Mr. Lincoln is a good one—as good as storytelling gets.”
—A.J. Finn, bestselling author of The Woman in the Window

“Delightful . . . Readers will delight in Joshua and Mary, who provide unique reflections on a man who is deeply troubled about the path his country is on . . .This charming love story delicately reveals the emotional roller coaster of two inexperienced adults traversing the unknown realm of love while trying to meet the demands and expectations of society.”
—Publishers Weekly

Under His Protection (Dreamspun Desires)