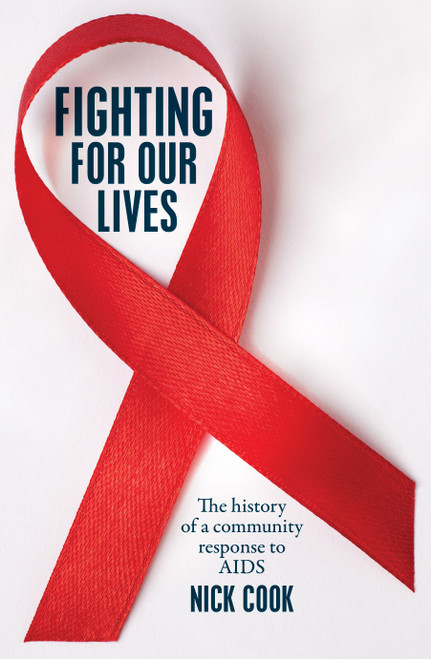 Fighting For Our Lives, a history of the HIV/AIDS epidemic in Australia, focuses on the role played by affected communities in addressing the crisis, a side of the story that is often overlooked.

Marginalised people — mostly gay men, sex workers and people who inject drugs — came together to form community organisations that gave them a voice in the corridors of power. They formed an unprecedented alliance with politicians and medical experts, a three-way partnership that made Australia’s response to AIDS one of the most successful in the world. It’s an inspirational story, one which takes place against a backdrop of harrowing illness and death. With lives and the survival of communities on the line, Fighting For Our Lives captures the high-stakes drama of this extraordinary period by concentrating on the people at the centre of the struggle during the darkest years of the epidemic. It’s an important story, and one that must never be forgotten.

"When I just joined ACON as the Gay Asian Men Survey's Coordinator in 2018, I was wondering how ACON has successfully survived and even expanded its services after the darkest years of the AIDS epidemic. This accessible book helped me to find the answers. Fighting for Our Lives chronicles the inspirational stories of gay communities in addressing the devastating impacts of the AIDS crisis, which called for nuanced approaches that took into account societal discrimination, public health and hospital reforms, and continuous financial support from the government. Starting from a tenuous alliance between community activists and the government officials, Australia's response to AIDS, manifested increasingly in a solid three-way partnership between gay communities, the state, and medical experts, has proved to be one of the most successful public health movements in the world. Equally importantly, lying underneath this broad narrative is the little stories of individuals who bravely took action and risked their lives to make a long-lasting change. As I progressed through the book, I witnessed what many people I know back in Sydney were championing in the 1980s, making possible the progress we see today. Each individual's story and contributions is living evidence of how a history book can potentially be a gripping read for a lay audience, mainly when it is respectful of humane and context in its examination. Thanks to Nick Cook for bringing this inspirational story and providing me with a better understanding of Australia's AIDS and gay movements."

‘This book is proof positive that light, hope and courage can grow out of the darkest corners of human experience. ACON emerged in 1980s to give leadership in the Australian struggle against HIV/AIDS. Soon that challenge expanded to a myriad of new controversies: gay rights, drug use, sex work, trans and prisoner experience. Nick Cook chronicles the terrifying early years of the HIV epidemic, identifying heroes and villains. And the story continues to this day to call forth our “better angels”.’ — The Hon. Michael Kirby AC CMG, Past Justice of the High Court of Australia and Patron of the Kirby Institute

Rivington Was Ours: Lady Gaga, the Lower East Side, and the Prime of Our Lives

How We Fight for Our Live: A Memoir

How We Fight for Our Lives : A Memoir (Paperback)

Time of Our Lives

In the Dream House: A Memoir