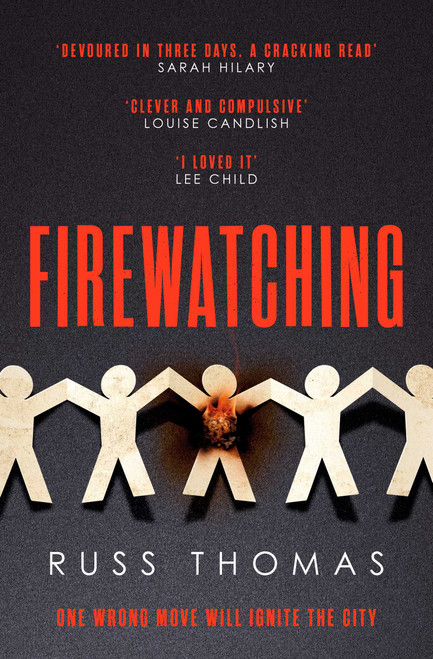 When the remains of Gerald Cartwright, a wealthy, reviled businessman in Sheffield, England, are found bricked up in a wall of the Old Vicarage, Cartwright’s home until his disappearance six years earlier, ambitious Det. Sgt. Adam Tyler, the principal investigator in Thomas’s excellent debut, is grateful to be assigned the high-profile cold case. The night of the discovery, Tyler is picked up in a gay bar by an attractive young man, Oscar, who happens to be Cartwright’s son and only heir. Meanwhile, arson fires are set around Sheffield, disturbing residents and confounding police. They spark memories for Lilly and her companion, Edna, who were volunteer firewatchers in London during WWII. The pair played a big hand in raising Oscar, who soon becomes the lead suspect in his father’s death, after his mother vanished when he was a child. Distinctive characters include feisty Det. Constable Amina Rabbani and fire captain Paul Enfield, who are often at odds with each other. Red herrings and uncovered family secrets abound. This stunning police procedural marks Thomas as an author to watch.