Later: My Life at the Edge of the World 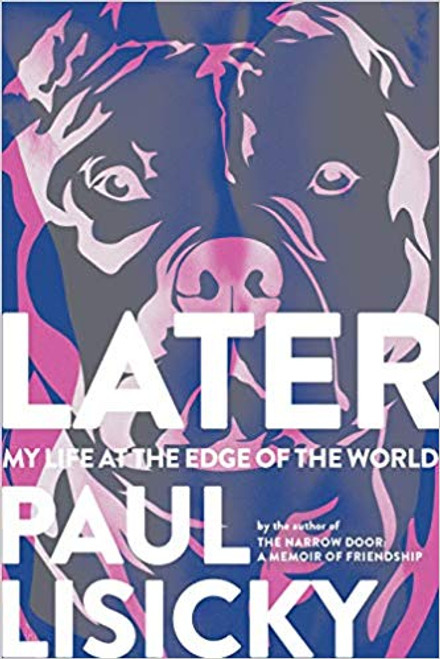 A stunning portrait of community, identity, and sexuality by the critically acclaimed author of The Narrow Door

When Paul Lisicky arrived in Provincetown in the early 1990s, he was leaving behind a history of family trauma to live in a place outside of time, known for its values of inclusion, acceptance, and art. In this idyllic haven, Lisicky searches for love and connection and comes into his own as he finds a sense of belonging. At the same time, the center of this community is consumed by the AIDS crisis, and the very structure of town life is being rewired out of necessity: What might this utopia look like during a time of dystopia?

Later dramatizes a spectacular yet ravaged place and a unique era when more fully becoming one’s self collided with the realization that ongoingness couldn’t be taken for granted, and staying alive from moment to moment exacted absolute attention. Following the success of his acclaimed memoir, The Narrow Door, Lisicky fearlessly explores the body, queerness, love, illness, community, and belonging in this masterful, ingenious new book.

“With searing, sexy candor and heartrending tenderness, Paul Lisicky chronicles the grace of finding, after a youth of displacement, a haven where he wholeheartedly belongs; and chronicles too the grief of seeing that haven devastated by AIDS.”―Garth Greenwell

“Lisicky returns us to the art-making and joy; the dancing in and through sorrow; the sex; and the potential, both squandered and realized, of finding oneself at the end of the world.”―Justin Torres

“Later is a vital, dazzling memoir. . . . This story challenges and illuminates―and, as only the best books do, leaves the reader fundamentally transformed.”―Rebecca Makkai

Art is a Tyrant: The Unconventional Life of Rosa Bonheur

Lesbian Love Addiction: Understanding the Urge to Merge and How to Heal When Things go Wrong