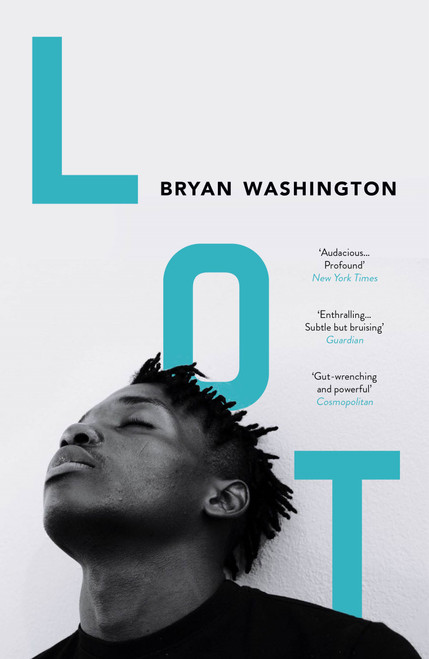 Stories of a young man finding his place among family and community in Houston, from a powerful, emerging American voice.

In the city of Houston - a sprawling, diverse microcosm of America - the son of a black mother and a Latino father is coming of age. He's working at his family's restaurant, weathering his brother's blows, resenting his older sister's absence. And discovering he likes boys.

Around him, others live and thrive and die in Houston's myriad neighbourhoods: a young woman whose affair detonates across an apartment complex, a ragtag baseball team, a group of young hustlers, hurricane survivors, a local drug dealer who takes a Guatemalan teen under his wing, a reluctant chupacabra.

Bryan Washington's brilliant, viscerally drawn world vibrates with energy, wit, and the infinite longing of people searching for home. With soulful insight into what makes a community, a family, and a life, Lot explores trust and love in all its unsparing and unsteady forms.
Author: Bryan Washington
Paperback   Published 15 September 2020  240 pages
Originally Published April 2019 in trade paperback
Recommended and Reviewed by Graeme:

"This debut collection of stories was released almost a year ago, yet distinguished itself in the 2019’s Best Book of the Year wrap-ups. It was hailed as one of The New York Times Notable Books of 2019 and was also selected by Barrack Obama as one of his Favourite Books of the year. And it’s easy to see why it has been so acclaimed. One of the book’s longest stories at almost 40 pages - Waugh - is a small masterpiece of tragedy. It tells the story of six male sex workers, all living together in a one-bedroom apartment - ‘they worked the same bars, the same apps, hustled the same set of clubs’. They were led by Rod, who wasn’t exactly their pimp, but it was him that laid done the rules of the household and kept things decent. And ‘though Rod kept tabs on all his boys...he kept Poke a little closer’. It is this special bond between Rod and Poke that becomes so moving when one of these two young men is diagnosed with HIV and as per the rules of the household,  obliged to leave the group home. The setting for the stories is Houston, Texas and it roams the impoverished neighbourhoods of the city revealing the lives of those  struggling to get by as violence, homelessness and the blight of drug addiction threaten. Half of the stories focus on the same character, the gay teenage son of a black mother and a philandering Latino father who eventually abandons his family. And it is this view of queer, working class, people of colour and the muted acceptance or outright rejection they experience that is one of the book’s most distinctive features."

Out Loud: A Memoir

We are Totally Normal (Hardcover)