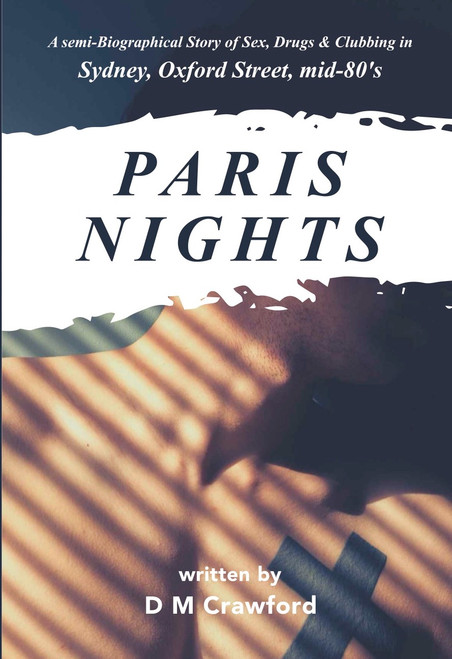 Oxford St, Sydney – Mid 80’s. Sex, drugs, & clubbing. This is a semi-biographical account of a young man’s journey of self-discovery.

Mark was a closeted suburban boy from Wollongong, who hid his sexuality from those closest to him. But the enticing, irresistible allure of Oxford Street nightlife beckoned and in particular a legendary nightclub called Patchs.

Oxford Street in the mid to late '80s was renowned as Sydney’s ‘Gay Golden Mile’. It was a beehive of social and sexual activities and men swarmed to this glittering strip, to experience the party atmosphere and explore their tastes and fantasies. The DJ’s in these establishments were the Gods of the dance floor, who played a soundtrack that allowed you to escape the worries and stresses of your life.

A chance encounter and hook-up with Matt Paris, an older guy who’s been around the traps, proves to be life-changing for Mark. The two men form a close bond as they embark on a shared weekend life together, experiencing the highs and lows of sex, drugs and clubbing. But there are complications, as Matt also harbours a secret past...