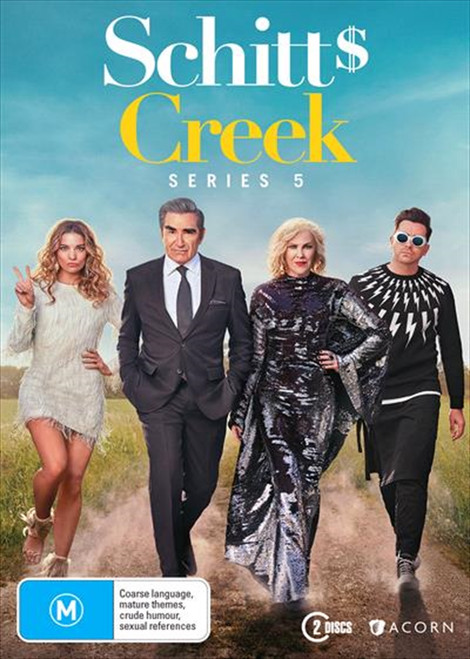 In Season Five, the Roses are finally thriving in Schitts Creek, and find themselves ready to take their personal relationships and business pursuits to the next level. Moira returns from a breakthrough film shoot in in Bosnia with a clear exit strategy and a renewed sense of purpose, and with that newfound energy she is inspired to leave her mark on the town by launching her most ambitious artistic endeavour yet. Meanwhile, the reputation of the Rosebud Motel is steadily building under Johnny's leadership, but managing the individual needs of his staff, Stevie and Roland, proves to be a greater challenge. With Rose Apothecary running smoothly, David is now focusing on nurturing his relationship with Patrick, and from apartment hunting to joining a baseball game, he proves hes willing to go the extra mile. Alexis, having finally achieved some stability in both romance and career, isn't one to let things get stale, so she makes an effort to spice things up with Ted, while contemplating a next step that could take her beyond Schitts Creek. FEATURING 14 Episodes X 22 mins approx.

Seeing Gender: An Illustrated Guide to Identity and Expression