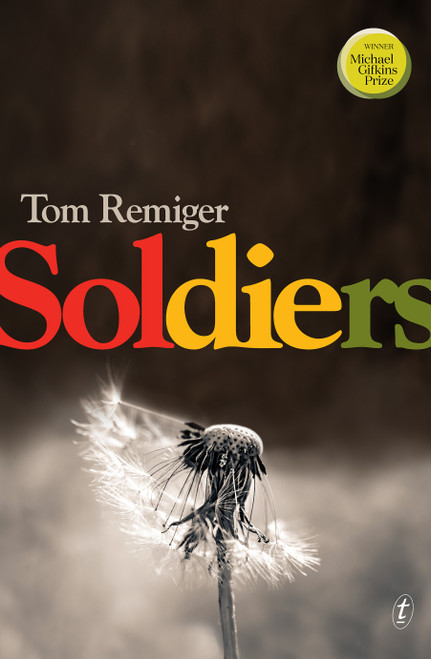 Breen sometimes thought sourly that Tiger Jackson would have made a good fascist. He told unreliable stories, he liked power and admiration, and he had all three military virtues: self-belief, luck, and an eye for the main chance. Despite all this, Breen liked him. Somehow it was impossible not to.

After the death of Corporal Daniel Cousins in what is apparently a training accident, a young officer, Lieutenant Breen, becomes obsessed by the case. Was Cousins murdered by one of his own?

Breen’s investigation, as well as his unanticipated love affair with a superior officer, threatens the unity of his comrades as they wait for the suffering to come in the Battle of Crete—one of the defining encounters of World War II.

Soldiers is about what happens to men who go to war. Tom Remiger’s compelling first novel tells a story of intense feeling and unforeseen experience in a strange and distant world.

‘This surely is among those best books about war by a writer who did not take part in one. Soldiers’ account of a small group of men from the remotest edge of Empire who served in the New Zealand Division’s failed invasion of the Greek mainland, and then Crete, early in the Second World War, strikes me at once as a stunningly impressive and important novel. The writing is direct and vivid, it is superbly researched, and the story deeply understands the men it depicts. It is remarkable, in a narrative so accurately representing ordinary men during the worst part of their experience, that it also so sympathetically portrays the usually hushed-up realities of homosexuality, cowardice, and paranoia. I love the book’s confidence and humanity, and the scale of what it takes on.’ Vincent O’Sullivan