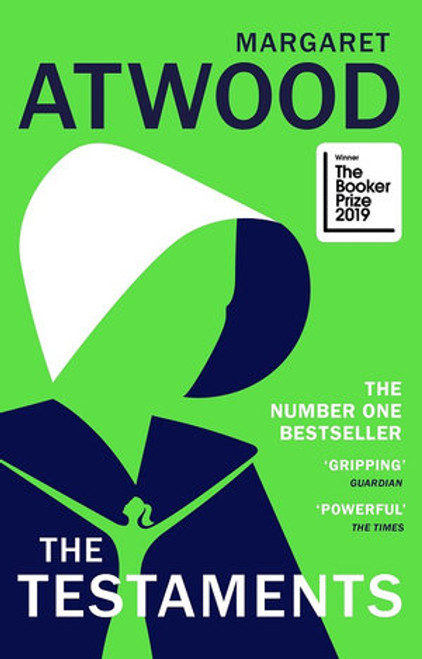 THE NO.1 BESTSELLER
In this electrifying sequel to The Handmaid’s Tale, Margaret Atwood answers the question that has tantalised readers for decades: What happened to Offred?

The Republic of Gilead maintains its repressive grip on power but it is beginning to rot from within. At this crucial moment, the lives of three radically different women come together, with potentially explosive results...

And so I step up, into the darkness within; or else the light.

When the van door slammed on Offred’s future at the end of The Handmaid’s Tale, readers had no way of telling what lay ahead.

With The Testaments, the wait is over.

Margaret Atwood’s sequel picks up the story 15 years after Offred stepped into the unknown, with the explosive testaments of three female narrators from Gilead.

‘Dear Readers: Everything you’ve ever asked me about Gilead and its inner workings is the inspiration for this book. Well, almost everything! The other inspiration is the world we’ve been living in.' Margaret Atwood

"This long awaited sequel (35 years in fact!) to The Handmaid’s Tale takes a very clever approach in revisiting the world of Gilead. The main character of the first book - Offred - scarcely appears though she does loom large over the narrative and appears towards the book’s climactic end.  Instead Atwood has chosen to focus on one of the most fascinating characters, the cunning and brutal enforcer Aunt Lydia. We learn her backstory - Atwood’s version, not the TV version - and the choices she made to survive and attain and then retain her position of power. Gilead is a hothouse of grudges and treachery and even amongst the Aunts there is a simmering power struggle. But we get to see a more nuanced view of Aunt Lydia - yes, she might casually conspire to rid herself of a troublesome Aunt, yet she also deftly saves a child-bride from a marriage to an abusive and murderous husband. It would be a spoiler to specify one of the other major characters, but the second character is Agnes, Offred’s daughter (known as Hannah in the TV series) who was taken from her and raised by foster parents. Through Agnes, we learn about the lives of the Rubies, the young girls who are groomed for marriage to important men. While another fascinating storyline revolves around the Pearl girls, missionaries from Gilead, trying to woo Canadians across the border.  The novel is an absolute page-turner! There is a spy in Gilead, conspiring to bring down the regime. Will they succeed? I read it in a day. It has the pace and intensity of a thriller with a few very clever twists thrown in. This is a masterful and intelligent sequel by a first-rate storyteller that will satisfy fans of the original novel - and also the new fans of its TV adaptation."