This is How the Heart Beats : LGBTQ East Africa 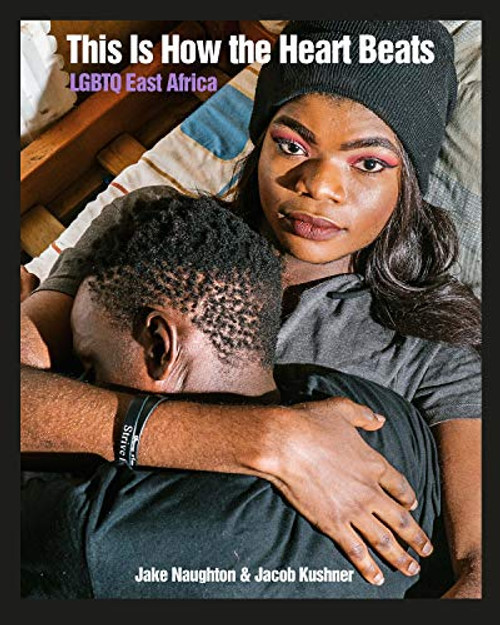 Part of a groundbreaking series of photobooks on LGBTQ communities around the world, this is a moving portrait of a group of queer East Africans who fled their home countries for the United States.

Same-sex relations are illegal in thirty-eight African countries, often under colonial-era laws. One of the most dangerous countries has been Uganda, which is attempting to pass an Anti-Homosexuality Bill (commonly known as the “Kill the Gays” bill) that seeks to broaden the criminalization of same-sex relations, making it punishable by life imprisonment and, in some instances, death.

This Is How the Heart Beats is a portrait by acclaimed photographer Jake Naughton of a group of East Africans who have fled unimaginable abuse in their homeland for the United States. One couple, Sulait and his boyfriend, had been tortured in prison in the months after the anti-homosexuality bill had been proposed and, on their release, had made their way to Kenya, where they were attacked by a mob of machete-wielding men. It was only after years in hiding that many such refugees have been resettled in the United States.

With an introduction by journalist Jacob Kushner and a foreword by Ugandan queer activist Ruth Muganzi, This Is How the Heart Beats is a record of LGBTQ forced migration unlike any other, following this community from its darkest moments to an uncertain future. At a time of great uncertainty for both LGBTQ and refugee rights, this work illuminates the stakes for those at the center of a firestorm.

Where the Heart Beats : John Cage, Zen Buddhism, and the Inner Life of Artists

Edges Of The Rainbow - LGBTQ Japan

Thrust: A Spasmodic Pictorial History of the Codpiece in Art

Things a Bright Girl Can Do