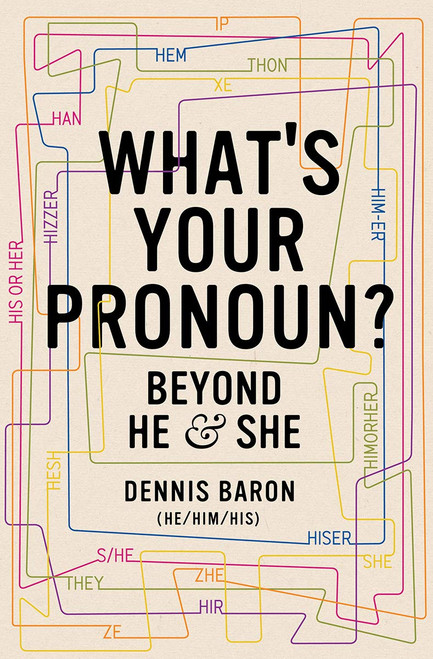 Like trigger warnings and gender-neutral bathrooms, pronouns are sparking a national debate, prompting new policies in schools, workplaces, even prisons, about what pronouns to use. Colleges ask students to declare their pronouns along with their majors; corporate conferences print name tags with space to add pronouns; email signatures sport pronouns along with names and titles. Far more than a by-product of the culture wars, gender-neutral pronouns are, however, nothing new. Pioneering linguist Dennis Baron puts them in historical context, noting that Shakespeare used singular-they; women invoked the generic use of he to assert the right to vote (while those opposed to women's rights invoked the same word to assert that he did not include she); and people have been coining new gender pronouns, not just hir and zie, for centuries. Based on Baron's own empirical research, What's Your Pronoun? chronicles the story of the role pronouns have played—and continue to play—in establishing both our rights and our identities. It is an essential work in understanding how twenty-first-century culture has evolved.

How to They/Them: A Visual Guide to Nonbinary Pronouns and the World of Gender Fluidity

We Are Never Meeting in Real Life

White Fragility: Why it's So Hard for White People to Talk About Racism