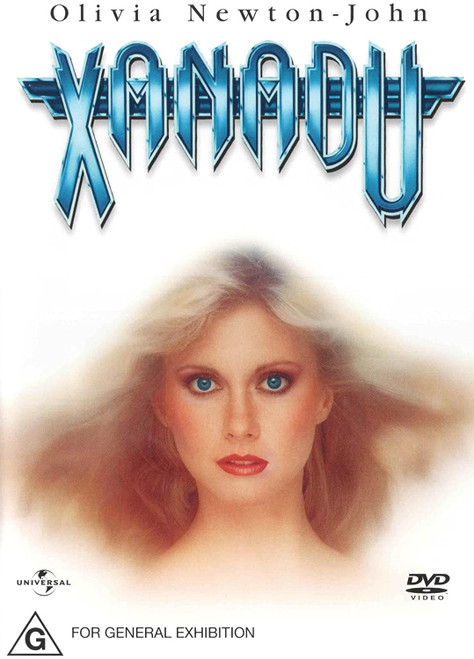 Struggling artist Sonny Malone (Michael Beck) is trapped in a dull job painting album covers. He is instantly attracted to Kira (Olivia Newton-John), an anonymous woman randomly photographed in the background of one of his assignments, but no one is able to identify her. Visiting the auditorium where the cover was shot, Sonny finds the mysterious beauty, an ageless Greek muse, who encourages him to team up with old-fashioned Danny McGuire (Gene Kelly) to build a roller-skating disco.

XANADU is a look at the future and a loving remembrance of the way things were in the heyday of Hollywood. The musical score includes the hit songs "Magic," "I'm Alive," "All Over The World," "Suddenly," and the title song "XANADU". Truth be told, Xanadu is a really strange musical. Combining early-‘80s fashion, Tron-lite visual effects and the always-breathtaking dancing of Gene Kelly, it also features the infectious synth sounds of ELO and Newton-John’s hit anthem Magic. Not to mention the sequence in which a heavy metal band and an orchestra trade verses of the same song in one of the most delirious mash-ups ever put to film. Here lies a camp classic if ever there was one.

Why I’m No Longer Talking to White People About Race

Wonderland: Welcome to the Party