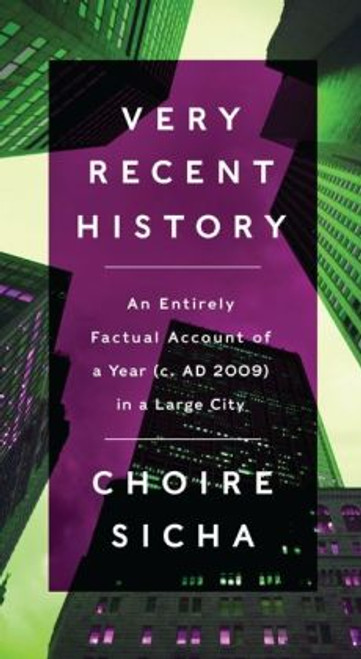 Choire Sicha's brilliant, enigmatic first book is a nonfiction account that reads like a novel. A voice from the future has found a trove of internet pages, apparently, and is piecing together life in a massive city on the eastern coast of this country from the vantage of J----- K-----, a sexually profligate gay reporter with a weekly newspaper (names have been redacted or changed to protect the innocent). It is a fable of money and sex in a city presided over by a Mayor (the richest man in town), who is running for an unprecedented third term, while a Blind Governor, who has taken office after his predecessor got caught paying for sex, tries to work through discoveries of his own extra-marital affairs.

Choire Sicha is a  longtime-editor of Gawker and founding editor of The Awl,  and his  style has become synonymous with hip, razor-sharp writing on the internet. His book raises the stakes while staying true to his tone: it is both a work of reportage and of internet-era historical pastiche, seamlessly weaving together first-person interviews and current events to present a surreal and sublime portrait of isolation, ambition, and attraction in New York City after the Wall Street crash of 2008.  This true-life fable of money, sex, and politics  is a narrative  that will help to  defamiliarize for readers what it is like to be gay and single in  one's twenties in New York.

The Flat Belly Diet for Men

Some Assembly Required: The Not-So-Secret Life of a Transgender Teen (Hardcover)