Speak My Language , and Other Stories : An Anthology of Gay Fiction 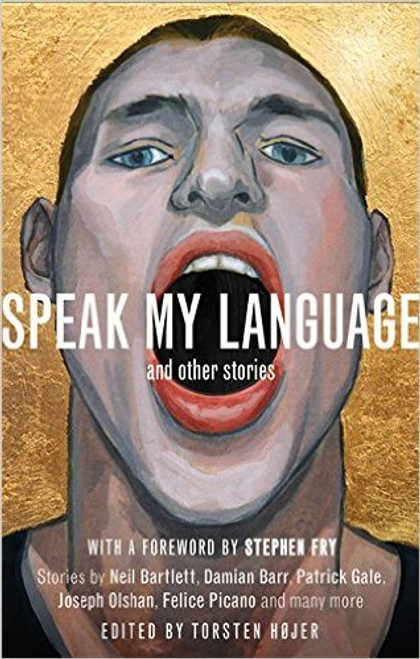 'There is something special about literature ...that addresses our innermost sexual and amatory selves. Gay stories offer us vindication, fellowship, validation and a sense of shared identity that we need now as much as ever,' writes Stephen Fry in the foreword to this anthology. In this exciting new collection of gay short stories, we hear from authors imagining, surmising, and revealing aspects of gay life from a multitude of perspectives, ages, eras, locations, cultures and political climates. Contributors range from those emerging into a life of writing, to those who have enjoyed international mainstream success. Some, such as Felice Picano, were pioneers of not only gay writing but also gay liberation itself.

The premise for stories included in this anthology was very simple - other than the stipulation that a major component of the story be in some way concerned with gay life, there were no restrictions. The aim was to bring together fictional reflections of gay life from the minds of authors approaching 'gay' from very different angles. As a result, genres in this collection range from action to sci-fi, from thriller to fantasy. The stories are set in countries including Australia, Cuba, England, Greece, Italy, Kenya, Portugal, Russia, Somalia, South Africa, Spain, Sri Lanka, and the USA. The youngest contributor is in his twenties, the oldest in his eighties. Readers will find themselves immersed in an engaging set of stories remarkably different from one another, yet, as Stephen Fry notes, offering a surprising sense of shared identity.

My Deep Dark Pain Is Love: A Collection of Latin American Gay Fiction.