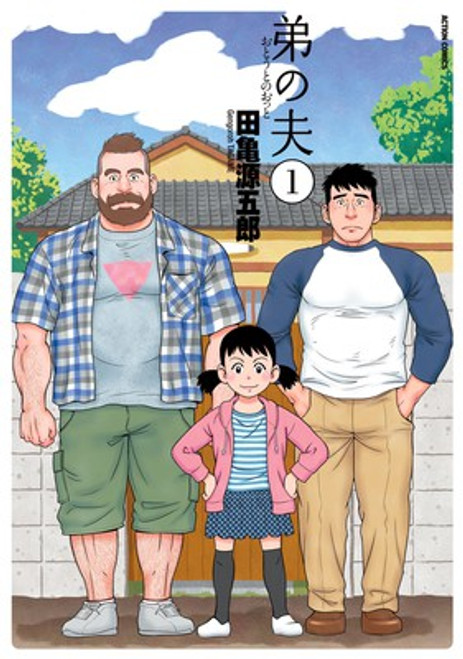 Already in its fifth printing, gay bondage manga master Gengoroh Tagame’s first non-erotic young adult manga Otôto no Otto (“My Brother’s Husband”) has taken Japan by storm. Serialized in the general audience magazine Monthly Action Comics, “My Brother’s Husband” is set in a typical Japanese suburb, where the everyday is suddenly turned on its head with the arrival of an unexpected in-law.

Yaichi’s twin brother Ryoji moved to Canada from Japan as a young adult, after coming out of the closet. He died tragically of causes yet unknown, leaving bereft family members both in his adopted Canada and native Japan, wondering what his life must have been like on the other side of the ocean. Ryoji’s Canadian husband, Mike, travels to Japan to pay respects and meet the family he’d previously never known. Awkward introductions turn into a sentimental education of unfamiliar tropes: gay marriage, time-honored traditions of mourning the dead, Western traditions and even tempura sushi! Soon, Yaichi, Yaichi’s tween daughter Kana, and Mike form a unique and merry family.

Love is Love : A Comic Anthology to Benefit Survivors of the Orlando Massacre

The Pleasures of Leisure