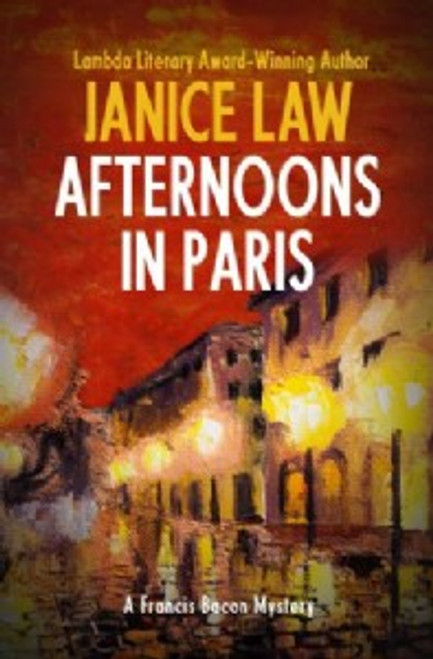 During the glory days of the Roaring Twenties, budding artist Francis Bacon heads to Paris to paint, love, and spy.

Francis Bacon was having a ball in Berlin—until his uncle Lastings disappeared, leaving Francis alone, broke, and wanted by the German police as well as the burgeoning Nazi party for a political murder he didn’t commit. Luckily, for a young painter still learning his craft, there’s no better place to find refuge than the cafés of Paris. In the City of Lights, Francis can perfect his French, complete his education, and—if he’s lucky—escape with his life.

Strolling along the boulevard one lovely evening, he hears gunshots and sees a Russian émigré cut down by an assassin. Francis dashes into the night and flees to the countryside, but it’s too late—the brilliant young painter is in trouble again. And when Uncle Lastings reappears, Francis will find himself back in the thick of a deadly game of international espionage.

Inspired by the decadent youth of real-life legendary painter Francis Bacon, Afternoons in Paris is the latest installment in one of the most unique espionage series to come along in years. Featuring escapades in Berlin, Paris, and London, this trilogy is steeped in the shadowy atmosphere of John Horne Burns’s bestselling The Gallery, one of the first novels to showcase unflinching depictions of gay life during wartime.