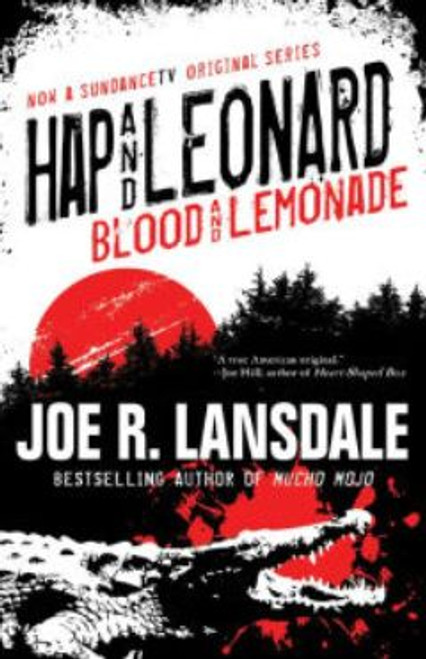 As a liberal young man in East Texas, Hap Collins is discovering his passion for two-fisted justice in a redneck world. Leonard Pine—black, gay, and the ultimate outsider—is already fighting his own battles against racists and bullies. So when Hap sees Leonard demolishing an angry mob with his fists (and taunts), it’s immediately clear that these two young men have a lot in common.

Fans of Lansdale’s Hap and Leonard novels (Rusty Puppy, etc.) will welcome this wonderful compilation of vignettes and episodes from Hap Collins’s early life in East Texas, most of which deal with issues of racism and injustice. “Tire Fire” relates the full story of teenager Hap’s memorable first meeting with Leonard Pine at a nighttime “money fight” in the country. In “The Parable of the Stick,” Hap learns an early lesson about dealing with schoolyard bullies. In “Blood and Lemonade,” Hap’s mother provides a poignant lesson on doing the right thing when she returns a lost, beaten-up young black child to his family, only to face hostility and distrust. Another highlight is “Apollo Red,” in which Hap tells girlfriend Brett and daughter Chance a few stories about his father, a larger-than-life character, whose kindness and charitable actions often seemed to contradict his racist talk. This loose collection of tales showcases some of Lansdale’s most personal and reflective writing to date. - Publishers Weekly

This companion volume to the second season of the Hap and Leonard TV series includes 14 flashbacks to the iconic Texas partners' youth, eight of them new to print.Most of the stories land working-class white Hap Collins in fights, and even before he first meets his gay black soul mate, Leonard Pine, when they're both 17—a meeting chronicled in "Tire Fire"—most of the fights are about race. In the reprints, Hap turns on a school bully with the approval of his principal in "Parable of the Stick," echoing his father's legally sanctioned thrashing of the nonpaying customer who threatens him in "Apollo Red"; he declines to take part in a gang-not-quite-rape in the surprisingly delicate "Short Night," witnesses the dark sequel to another school kid's bullying in "The Boy Who Became Invisible," accepts the help of Leonard's uncle in still another fight in "Not Our Kind"—both of these last two familiar from Hap and Leonard (2016)—and bids an elegiac farewell to the world of his youth in the plotless envoi "The Oak and the Pond." Hap's father also takes featured roles in "Coach Whip," in which he moralizes over Hap's mother's killing of a harmless snake; "The Bottom of the World," in which he fulfills his young son's request for a scary story in a touchingly comforting way; and "Squirrel Hunt," in which he covers up the murder of a man who richly deserved it. The best of the new stories are "Stopping for Coffee," in which a black man whose family is refused service at a roadside cafe finds unexpected allies and enemies; "In the River of the Dead," in which drug dealers press Hap and Leonard into service diving to recover a chest full of stolen drugs lost among three family members they've shot to death; and "Blood and Lemonade," in which Hap's mother can't resist some overexplicit preaching over an otherwise affecting episode in which she briefly takes home a forsaken black child only to be rebuffed by his mother. The emphasis on prequels to the partnership subordinates the trademark dialogue between Hap and Leonard, who doesn't even appear in half these stories, to self-serious moralizing over individually effective but highly repetitious tales. - Kirkus Reviews