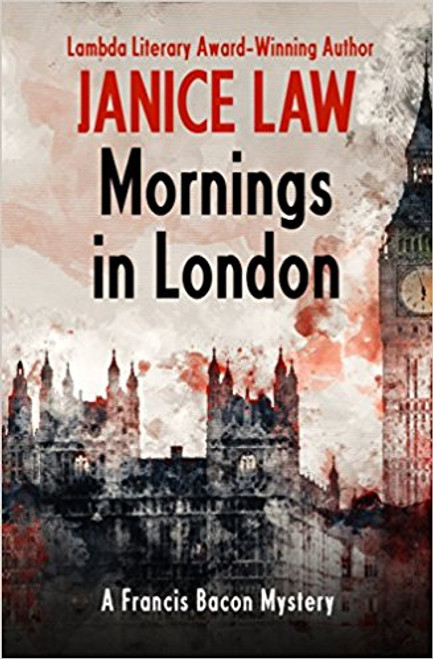 Artist Francis Bacon gets tangled up in murder while visiting the English countryside in the final mystery of this Lambda Award–winning series.

Francis Bacon awakes in a four-poster bed with a punishing hangover and a naked footman beside him. The setting and company mean he’s in the country, and that spells disaster for an up-and-coming artist whose natural habitat is the nightclubs and back alleys of swinging Soho. But he’s put aside his distaste for the pastoral life for the sake of his favorite cousin, Poppy, a spirited young debutante who’s committed the biggest blunder a deb can make: She’s fallen in love with Freddie Bosworth—and must be rescued at all costs.

Bosworth is a cad, an accused blackmailer with a love for Mussolini and dark secrets too terrible to tell. Fortunately, Poppy comes to her senses, breaking the engagement, and Francis thinks their troubles are over. But when the cousins take a walk through the manor grounds the next day, they find a handsome young man in a pin-striped suit lying dead in the grass. Freddie’s throat has been cut, and Francis’s life is on the line.

Along his globetrotting adventures—which have taken him everywhere from Tangier to Berlin—Francis has been mixed up with spies, killers, and the misfits of the cities’ underworlds. Now Janice Law, the Edgar Award–nominated author of Afternoons in Paris, continues to imagine the early years of the fascinating Irish-born painter, a notorious bon vivant, in the thrilling last installment of her popular mystery series.

Mornings in London is the 6th book in the Francis Bacon Mysteries, but you may enjoy reading the series in any order.