Raiders of the Nile (a Roma Sub Rosa Mystery) 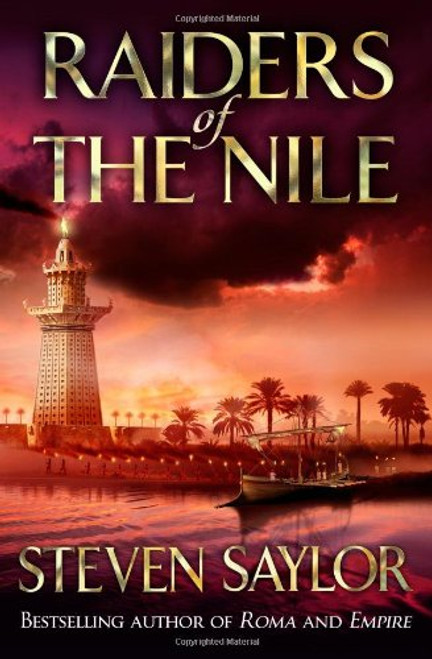 This new book from gay author Steven Saylor, continues the series featuring his famous solver of mysteries, Gordianus the Finder, but as a young man (an incarnation first encountered in his last book, The Seven Wonders).

In 88 B.C. it seems that all the world is on the verge of a vast and catastrophic war, from Rome and Greece to Egypt, where the young Gordianus - born and raised a Roman citizen - is living in the city of Alexandria. When not making ends meet by plying his trade of solving mysteries, he whiles away his time with his slave Bethesda, waiting for the world to regain its sanity. But on the day Gordianus turns twenty-two, Bethesda is kidnapped by brigands who mistake her for a rich man's mistress. If Gordianus is to save Bethesda, who has come to mean more to him than he ever suspected, he must find the kidnappers before they realize their mistake. Using all the skills he learned from his father, Gordianus must venture into the dangerous Nile Delta, track down the bandits, and somehow free the woman he loves.

As the streets of Alexandria descend into chaos, and the citizenry begin to riot with rumours of an impending invasion by King Ptolemy's brother, Gordianus finds himself in the midst of a very bold and dangerous plot - a raid to steal the legendary golden sarcophagus of Alexander the Great.

On the Other Hand, Death (Donald Strachey Mystery Book 2)

Mahu : A Hawai'ian Mystery (Book One)