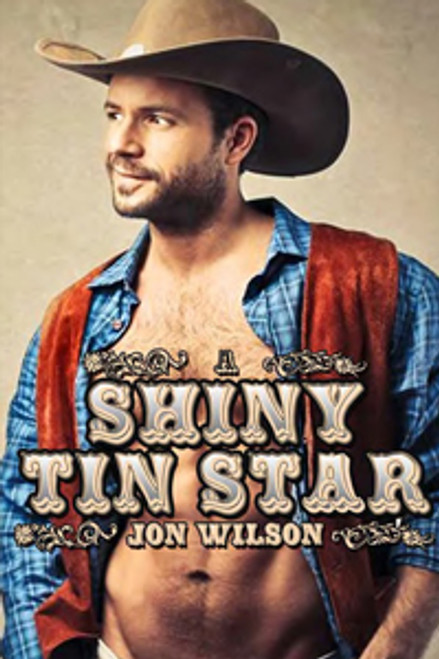 On a scorching day in 1903 the sheriff of Creek County, Eugene Grey, finds himself partnered with feisty young Federal Marshal Forest O'Rourke. The marshal is hell-bent on capturing a wanted man—a man Eugene knows as nothing but an amiable old geezer living quietly in the hills.

But all is not as it seems--as the manhunt progresses, Eugene discovers the true nature of the marshal’s relationship to the old man. And Eugene finds it impossible to deny the desire he feels toward the determined young marshal. Death and fiery destruction follow, but also passion and stolen moments of joy. Eugene’s journey takes him from his small town of Canyon Creek, Colorado, to the stately homes of Atlanta and Philadelphia. But it also pits him against the very laws he has sworn to uphold. He finds himself risking prison or even death—all in the name of love.

Jon Wilson is an author with varied interests: historical fiction, fantasy, even the occasional murder-mystery. Likewise, he’s dabbled in assorted careers -- from fast food server to professional wrestler (with modeling, construction, and lots and lots of retail thrown in the middle). Something of a nomad, he’s lived in several states and a few foreign countries.

Tiny Ladies in Shiny Pants : Based on a True Story

A Passage to India (Penguin Classics)