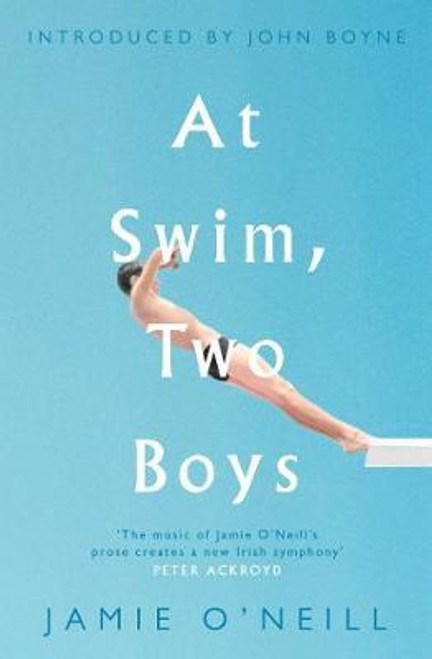 After being unavailable locally for over a decade, this achingly beautiful gay Irish contemporary classic has just been re-released in a new edition, with an introduction by Irish author John Boyne (The Absolutist, The Heart's Invisible Furies)

Out at the Forty Foot, that great jut of Dublin rock where gentlemen bathe in the scandalous nude, two boys meet day after day. It is the spring of 1915, and Jim Mack and Doyler, two Dublin boys, make a pact to swim to an island in Dublin Bay the following Easter. By the time they do, Dublin has been consumed by the Easter Uprising, and the boys' friendship has blossomed into love - a love that will be overtaken by tremendous events both for the boys and the fledgling nation.

Watching on is Anthony MacMurrough, the disgraced local aristocrat haunted by inner voices, who pursues his illegal and dangerous desire for Dublin boys, even as he observes the cracks in society and politics that rack his homeland. For as Ireland seeks its own future free of British government, so Jim, Doyler and MacMurrough look back to Sparta to find a way to live their own future. As Dr Scrotes, one of MacMurrough's voices, commands:

''Help these boys build a nation of their own. Ransack the histories for clues to their past. Plunder the literature for words they can speak''.

Written in exquisite prose which plays with vocabulary, syntax and idiom in the tradition of James Joyce and Samuel Beckett,  Jamie O'Neill's enthralling and brilliant début does just that: provide a nation for what Walt Whitman calls, in O'Neill's epigraph, "the love of comrades". Highly Recommended.

With an Introduction by John Boyne

''Jamie O’Neill’s masterpiece holds a special place in my heart for its bravery, its originality, its memorable characters and the dexterity of its language'' - John Boyne