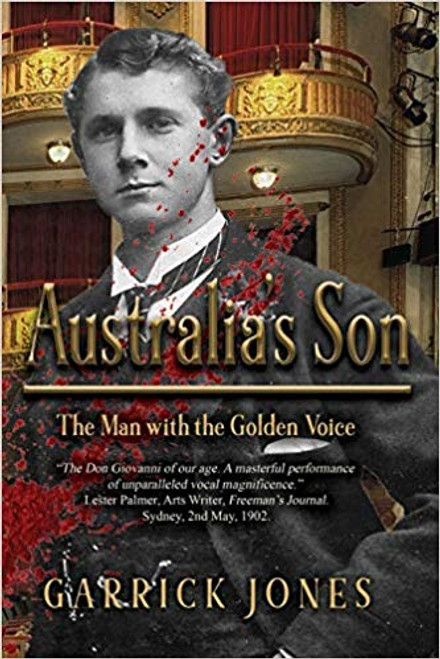 "Six deaths, if we include his, my father's, and Fabrice's, Andy," I whispered. "All because of a simple, insignificant error of judgement--Fabrice Evans just gave the wrong address to a madman."

A wrongly delivered letter sparks a chain of events that threaten the life of Edward Murray, "Australia's Son", the most renowned operatic baritone of his day.

It is 1902, and Edward has just returned to the Metropole Hotel after a performance of La Bohème at the Theatre Royal in Sydney, when the manager phones his apartment to tell him the police have arrived with bad news.

Edward, and his vaudeville performer brother, Theodore, are shocked to hear that Edward's dresser, the brothers' oldest friend from childhood, has been found dead, stabbed in the back, in Edward's recently vacated dressing room.

Following a sequence of gruesome killings, Edward and the detective assigned to protect him, Chief Constable Andrew Bolton, are lured into a trap by a man whose agenda is not only personal, but driven by a deranged mind.

The silver lining for Edward during these grisly events is the smell of tar and honey, and the promise of a special friendship with the man tasked with keeping him out of harm's way.

Set around the theatre world of early Edwardian Sydney, the story is steeped in the world of class divides, of music and the theatre, and what it was to be a performer at the turn of the twentieth century. Its themes of murder, treachery and foul play, are ofttimes confronting, but the story is linked throughout by Edward Murray, the man with the golden voice, whose overarching belief is that even in the darkest of times, a sliver of light can mean that hope is at hand.