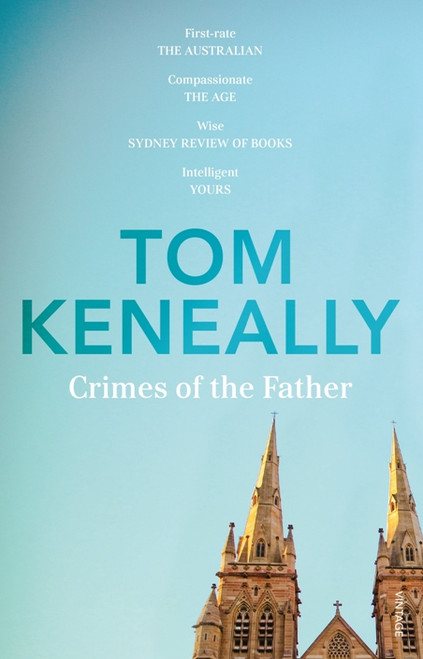 A timely, courageous and powerful novel about faith, the church, conscience and celibacy.

Tom Keneally, ex-seminarian, pulls no punches as he interrogates the terrible damage done to innocents as the Catholic Church has prevaricated around language and points of law, covering up for its own.

Ex-communicated to Canada due to his radical preaching on the Vietnam War and other human rights causes, Father Frank Docherty is now a psychologist and monk. He returns to Australia to speak on abuse in the Church, and unwittingly is soon listening to stories from two different people – a young man, via his suicide note, and an ex-nun – who both claim to have been sexually abused by an eminent Sydney cardinal. This senior churchman is himself currently empannelled in a commission investigating sex abuse within the Church.

As a man of character and conscience, Father Docherty finds he must confront each party involved in the abuse and cover-up to try to bring the matter to the attention of the Church itself, and to secular authorities.

This riveting, profoundly thoughtful novel is both an exploration of faith as well as an examination of marriage, of conscience and celibacy, and of what has become one of the most controversial institutions, the Catholic Church.

Review: ''Gobsmackingly, Tom Keneally has taken the whole planet for his fictional province, and again and again seems to be at home wherever he lands. Crimes of the Father has a propellant plot. Will justice be done, and will Docherty be allowed to return to Sydney? What develops is a series of cases and confrontations that create as intelligent and comprehensive an account of ecclesiastical reaction to the abuse crisis as I could imagine. Apart from the fictional pleasures of the chase, the novel provides a first-rate summary of the thinking and manoeuvres of all parties caught up in the crisis.'' - Gerard Windsor, The Australian