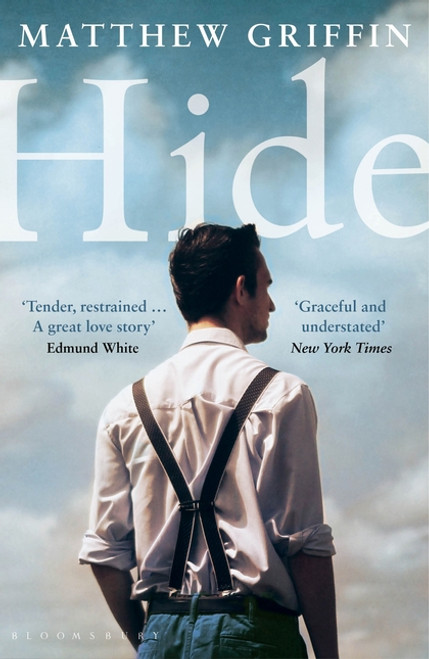 The story of a hidden life, the story of a secret love. Moving from the end of the Second World War to the present day, this is a breathtaking debut novel about the decades-long relationship between a gay couple

Wendell Wilson, a taxidermist, and Frank Clifton, a veteran, meet after the Second World War. But, in this declining textile town in a southern US state, their love holds real danger. Severing nearly all ties with the rest of the world, they carve out a home for themselves on the outskirts of town. For decades, their routine of self-reliant domesticity – Wendell's cooking, Frank's care for a yard no one sees, and the vicarious drama of courtroom TV – seems to protect them.

But when Wendell finds Frank lying motionless outside at the age of eighty-three, their carefully crafted life together begins to unravel. As Frank's memory and physical strength deteriorate, Wendell struggles in vain to hold on to the man he once knew. Faced with giving care beyond his capacity, he must come to terms with the consequences of half a century in seclusion: the different lives they might have lived – and the impending, inexorable loss of the one they had.

Some praise for 'Hide':

“One of the best debut novels we've had the pleasure to read this year … A profoundly compassionate book about how we administer to those we love, the tender acrimony of intimacy and facing loss in a world dominated by threat. The story is understated, poignant, beautifully observed and lingers with you long after you've reluctantly read the final page” – Attitude Magazine

“Some love, pressurized by time, and isolation, and prejudice, turns hard, gem-like, buried in protective rock. In 'Hide', Matthew Griffin has used his considerable talents to cut into and polish the gemstone, allowing us a glimpse at a remarkable love, a costly love, meanly sparkling, and precious” – Justin Torres

“An extraordinary, subtle, unsettling book. It's a daring, searching, powerful piece of work. He never puts a foot wrong. Those two men, their histories, their difference and the passion that held them loom off the page … I admired the relentless power of this writing ... Ferocious, unsentimental and masterful” – Patricia Duncker

“Reading Matthew Griffin's 'Hide', I kept saying to myself 'at last!': a novel that follows the trajectory of a marriage (in fact if not in name) between two men over the course of decades, and does so with grit, humour and compassion!” – David Leavitt

“This is a great love story” – Edmund White

The Case of the Not-So-Nice Nurse: A Nancy Clue and Cherry Aimless Mystery #1