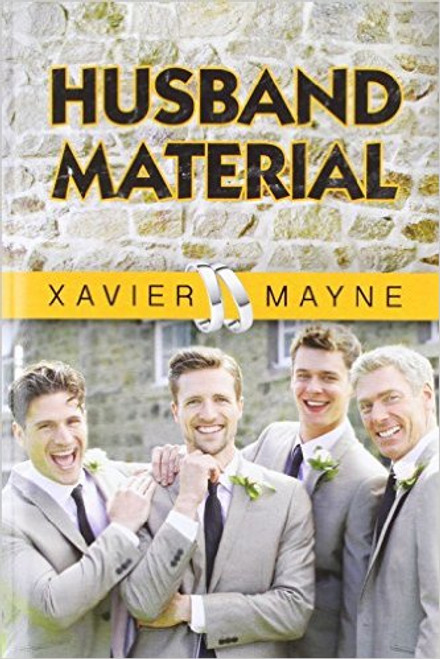 Husband Material is a long-running reality show, where eighteen lucky guys compete for the hand of one lucky lady. Meet contestant number one, Riley. Since being left at the altar, he’s hit the gym to get into the best shape of his life. Now he’s in it to win it. Contestant number two, Asher, doesn’t really want the bachelorette; he needs the prize money for his sister’s cancer treatment. Asher's upbeat personality brings Riley out of the funk he's been in since his breakup. They make a formidable team, with one complication: Asher’s falling for Riley.

Producer Kaitlyn has her hands full when two bachelors are found in the shower soaping up inappropriately, then another live-tweets the entire debacle. If another scandal erupts, the network will cancel the show.

The two bachelors are on a collision course under the watchful eye of a producer torn between wanting them to find true love and trying to keep her show going. In the end, Riley must choose the bachelorette or the bachelor.