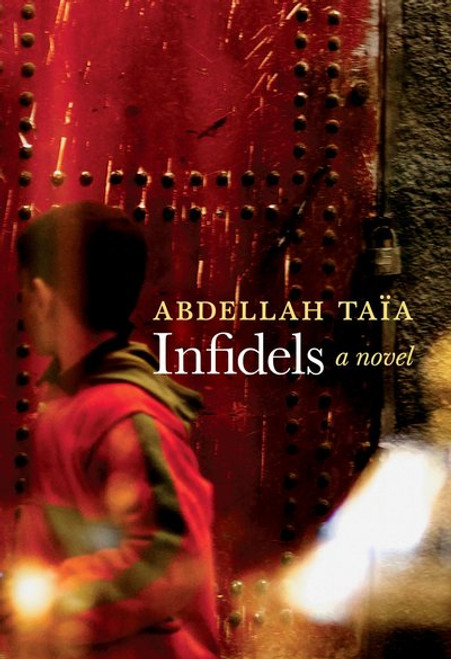 Set in Salé, Morocco—the hometown Abdellah Taïa fled but to which he returns again and again in his acclaimed fiction and films—Infidels follows the life of Jallal, the son of a prostitute witch doctor—"a woman who knew men, humanity, better than anyone. In sex. Beyond sex." As a ten-year-old sidekick to his mother, Jallal spits in the face of her enemies both real and imagined.

The cast of characters that rush into their lives are unforgettable for their dreams of love and belonging that unravel in turn. Built as a series of monologues that are emotionally relentless—a mix of confession, heart's murmuring, and shouting match—the book follows Jallal out of boyhood on the path to Jihad. It's a path that surprises even him.

"Taïa sharply etches the anguish and ecstasy of his characters. He is adept at depicting love for others as well as love for God, alongside humanity’s capacity for great cruelty. This is an undeniably powerful work.” --Publishers Weekly

"Abdellah Taïa is one of the most original and necessary voices in world literature. He writes about Morocco and Arab culture with both intimacy and the sharp perspective of someone rejected by his home. Infidels is among his best novels and depicts a powerful story of mother and son, both at odds with convention. With each novel Taïa grows as an artist and expands our knowledge of what it means to be an outsider inside the Muslim world." —David Ebershoff, author of The Danish Girl and The 19th Wife

"This novel by a Moroccan writer resident in France recounts the brutal life of a young gay Muslim who becomes a jihadi. Brought up by a prostitute in a conservative milieu in Morocco, the boy takes up with an older, European-born Islamic militant and moves to Belgium. Against the charged backdrop of debates about homosexuality’s place in Islam and Islam’s place in the West, the novel’s chief success is its dramatization of the hypocrisies of the pious. Addressing his mother, Taïa’s protagonist prophesies, “Maman, one day you’ll be stoned to death by the very same people who creep to the house each night to ask for your forgiveness and a bit of pleasure.” --The New Yorker