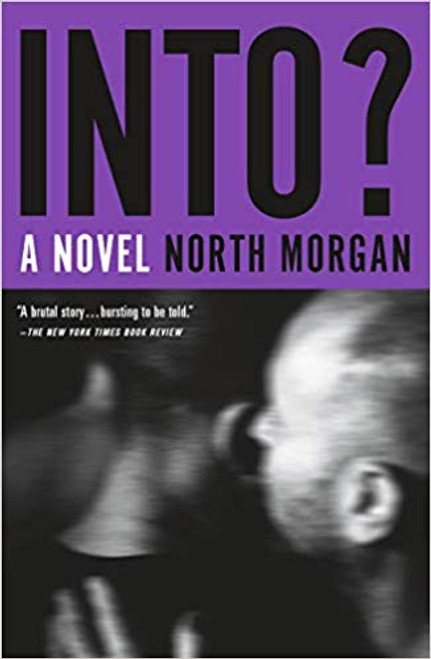 In Into? North Morgan shines a coolly mesmerizing light on the modern generation of gay men that are living firmly outside the closet, elevated by popular culture, but plagued by a new set of problems, insecurities and self-destructions. As the men of Into? swipe right from bed to bed, North Morgan spins a darkly hilarious, and shockingly perceptive story of excess and love that’s like nothing you’ve ever read.

You know Konrad from your various social feeds – sun kissed, gym ripped and always having a better time than you. Or is he?

Konrad Platt needed to get out of town. Heartbroken after his boyfriend left him for another man, Konrad abandoned his life in London for the warm sun and blue surf of LA. Here he attends parties in the Hollywood Hills filled with handsome men and beautiful women, snorts mountains of Adderall, and dances the weekends away at Coachella with each move endlessly documented on social media. He mends his broken heart through dating apps, constantly scrolling through profiles and chatting with a seemingly endless supply of men, each one handsomer than the last. But when one captures his heart, a twisted modern romance takes root that’s thrilling, confusing, and devastating – revealing that underneath this perfectly curated profile is a man desperate for real connection.

Recommended and reviewed by Graeme Aitken

"Many of the characters who appear in this novel are ‘the fitness models’ or ‘underwear models’ or aspirants who feature so prominently in DNA magazine or on the DNA website and social media. Into? opens very strongly with it’s sharp witty observations on contemporary gay life in the Instagram age and all of the narcissism that inspires. ‘We are gays living in big metropolitan areas heavily involved in the scene. We all know each other. We all have big muscles and violent abs and handsome faces and lots of disposable income and innumerable sexual partners, each one hotter than the last. We adopt variations of heteronormative looks (some of us are bros, some of us are jocks, some of us are simply worked-out guys-next-door), which we document incessantly on Facebook, Instagram, and all your other surrounding news feeds and timelines’. The main character Konrad Platt is devastated when Brett, his boyfriend of four years, dumps him for Frank (who also has a boyfriend) and who Konrad once had a hookup with! In a medicated haze of Vicodin, Xanax, and Valium, Konrad abandons his life in London and moves to L.A. where his father lives with his new family. He works loosely for his father’s wealth management company, but in reality spends most of his time popping pills, going to the gym, and finding new guys to date or hookup with via Facebook, Instagram, Grindr or Snapchat. Konrad’s heartache is eased somewhat by all the hot straight guys he can obsess over at his new gym. He quickly works out their training schedules so he can turn up at the same time. These ‘bros’ perform butch, careless acts such as pissing at the urinal while eating sunflower seeds or ordering pizza while performing ab crunches, which make Konrad swoon and fall even more deeply in lust with them. Meanwhile, Konrad does his best to adopt the same bro look and swagger ‘going to the gym every day in a backward baseball cap supporting a sports team that I’ve never seen play’. North Morgan has a sharp satirical eye and clearly knows the world he documents so intimately and candidly. The sex lives and drug use of Konrad, his friends and hookups are often excessive and sometimes beggar belief, but make for absolutely compelling reading. The style is strongly reminiscent of Bret Easton Ellis, although the advent of social media brings a whole new dimension to the narcissism of the characters. It’s truly a great subject for a gay-themed novel and North Morgan does a very fine job exploring it. Although after 200 pages it does start to feel a little repetitive, nor did it build to any distinguishable climax - although there are certainly a great abundance of sexual climaxes! Nevertheless, it remains a witty and thoroughly compelling exploration of the musc masc generation of gay men today!"

"Into? pulls off a wild feat: a hyperactive transcript of a life spent online that takes you outside of your own... Into? has a sense of urgency ― “You must read this now!” I told a friend, shoving my copy into his hands. The novel is not clunking around with the literary halo of high advances and M.F.A. pedigree and overthought adjectives, but it’s a brutal story about loneliness in this hyperactive social media age that was bursting to be told."
- The New York Times Book Review

Take Nothing With You (B format)