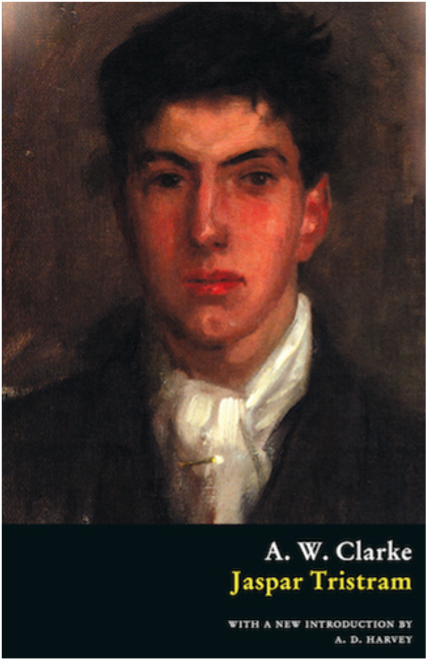 Based on the author’s boarding school experiences at Radley College in the late 1870s, ''Jaspar Tristram'' ( published in 1899) is an extraordinary psychological study of the eponymous hero, tracing his thoughts and emotions as he proceeds from boyhood towards young adulthood: his unhappiness at school, his affection for the older boy Orr and later his love for his friend L. C. ‘Elsie’ Southwood. As A. D. Harvey writes in the Introduction, it is ‘one of the most painfully convincing portrayals of adolescence ever written’. Though presented in the safer guise of a story of ‘schoolboy friendships’, it is also one of the earliest gay-themed English novels ever written.

Praised by late-Victorian critics, ''Jaspar Tristram'' quickly became a cult favourite in gay literary circles, counting Oscar Wilde (who called it ‘charming’) and Edward Carpenter among its admirers, and it is also a likely influence on E. M. Forster’s ''Maurice'' and Evelyn Waugh’s ''Brideshead Revisited''. This first-ever republication of the only novel by A. W. Clarke (1860-1913) reprints the unabridged text of the scarce first edition and includes a new introduction.

Author: A.W. Clarke    With a new introduction by A.D. Harvey

Just Too Good To Be True