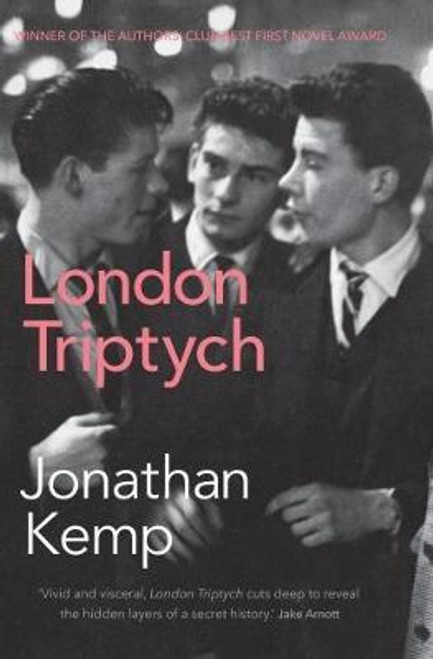 Rent boys, aristocrats, artists, and criminals populate this sweeping novel in which author Jonathan Kemp skillfully interweaves the lives and loves of three very different men in gay London across the decades.

In the 1890s, a young man named Jack apprentices as a rent boy and discovers a life of pleasure and excess that leads to new friendships, most notably with the soon-to-be-infamous Oscar Wilde. A century later in 1998, David tells his own tale of unashamed decadence from prison, recalling life as young man arriving in the city in the mid-1980s. Where their paths cross, in the politically sensitive 1950s when gay men were the target of police and politicians alike, the artist Colin tentatively explores his sexuality while working on his painting "London Triptych."

Moodily atmospheric and rich with history, London Triptych is a sexy, resplendent portrait of the politics and pleasures of queer life in one of the world's most fascinating cities.

"Elegantly written, this novel, first published in the UK and winner of the Authors’ Club Best First Novel Award, is for readers who appreciate period detail and historical context about the gay male experience." —Library Journal

"Prostitution, prison, and the police are recurring themes in Jonathan Kemp’s ambitious and intricate first novel ... a fine and finally elegiac book." —Towleroad