Look Down in Mercy 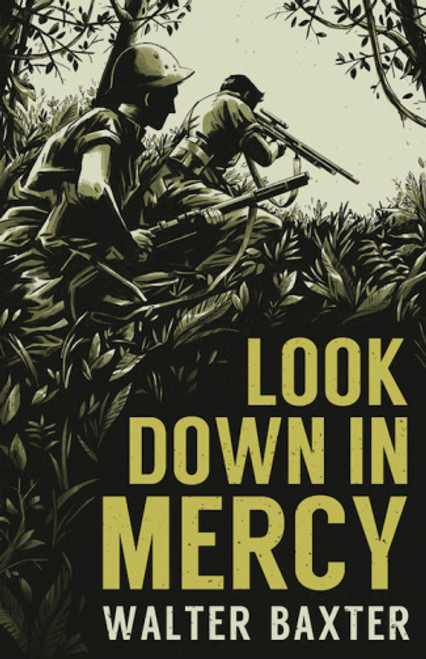 One of the finest British novels to come out of World War II, Look Down in Mercy is the story of the moral disintegration of an ordinary British Army officer when faced with the unspeakable horrors of war. Newly arrived in Burma and waiting for the fighting to start, the outwardly brave and rugged Capt. Tony Kent passes the interminable and swelteringly hot days in bouts of heavy drinking and casual sex. But when the campaign begins in earnest, Kent is forced to confront his own inner darkness as his cowardice and fear lead to treason and cold-blooded murder. Surrounded by brutality and death on all sides, Kent’s sole source of comfort is his love for his batman, Anson. But in the face of nearly insurmountable obstacles—enemy artillery, legal and social condemnation, and Kent’s own doubts and self-loathing—can their love possibly survive?

Look Down in Mercy (1951) was both a bestseller and a major critical success for its author, Walter Baxter (1915-1994), whose second novel, The Image and the Search (1953), landed him in court on criminal obscenity charges and ended his writing career. This edition, the first in more than four decades, features a new introduction by Gregory Woods and includes both the original ending and the alternate ending from the 1952 American edition.

Not in the NFL

King of the Badgers

Now Is the Hour

King of the Road