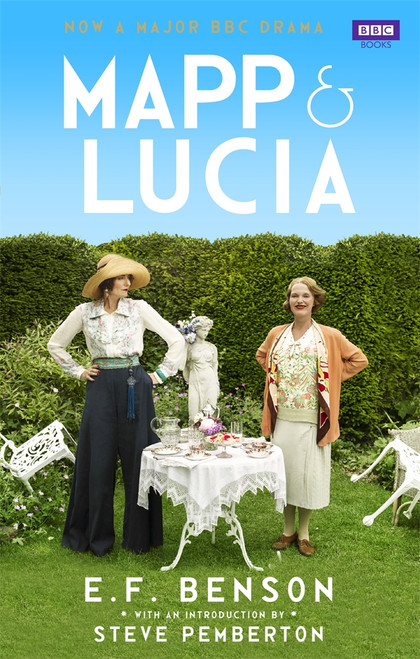 This is the official TV tie-in edition to the new three-part BBC1 adaptation of E.F Benson's hilarious Mapp & Lucia novels.

The arrival of the snobbish Mrs Emmeline Lucas (known as Lucia to her friends) in the small seaside town of Tilling causes waves as she threatens the queen bee of Tilling's social circle, Miss Elizabeth Mapp. Against a backdrop of genteel tea parties and bridge evenings, a series of hilarious conflicts ensues between the two power-hungry women as they battle on the social stage to gain the ultimate place as the first lady of Tilling society.

E.F. Benson is famed for his very queer sensibility. This edition includes all three novels the brand new BBC adaptation is based on: Queen Lucia and Miss Mapp and Mapp and Lucia.