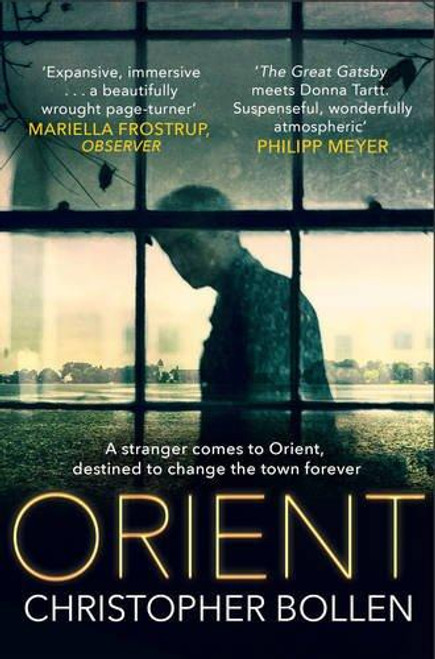 Suspenseful and haunting, Bollen's thrilling novel ''Orient'' is a provocative take on the troubled American dream, in the vein of Lionel Shriver or AM Homes.

At the eastern edge of Long Island, far from the hustle of New York City, stands Orient, a village that has been home to a few families for hundreds of years and is now - reluctantly - opening up to wealthy weekenders and artists from the city.

On the last day of summer, Mills Chevern, a young gay man with a hazy past appears, and not long after comes a series of events that shatters the peace in this isolated community. The local caretaker is found drowned in suspicious circumstances. An elderly local woman is convinced he was murdered, but is herself found dead shortly after voicing her suspicions. A mysterious creature washes ashore that can’t be identified, and a house fire erupts incinerating a family of four. Fear and suspicion mount until everyone's secrets threaten to be exposed. But who is Mills Chevern? What is his real name and why is he here? As all eyes shift towards the orphan drifter, Mills elicits the support of Beth Shepherd, an Orient native who is hiding a secret of her own. One reviewer has likened this compelling book to ''The Great Gatsby'' crossed with Donna Tartt and it’s an apt comparison, although with a gay twist! Recommended.