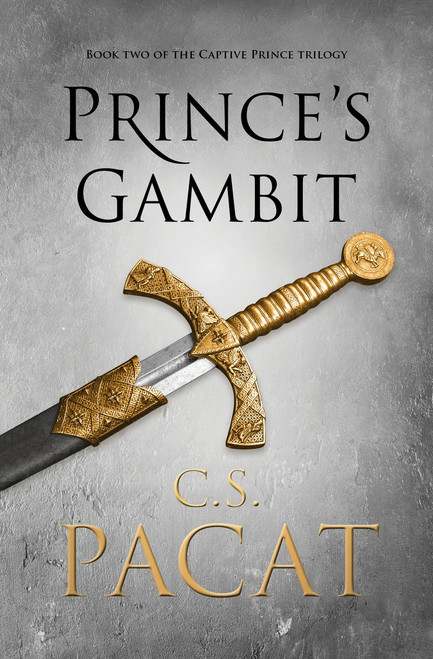 This trilogy by Melbourne writer, C.S. Pacat, began its life as a free self-published online web serial and achieved enormous critical and commercial success and acclaim. Penguin USA then acquired the series, which features a powerful blend of intense erotica and political fantasy, for worldwide release in 2015.

With their countries on the brink of war, Damen and his new master Prince Laurent must exchange the intrigues of the palace for the sweeping might of the battlefield as they travel to the border to avert a lethal plot. Forced to hide his identity, and despite his own best intentions, Damen finds himself increasingly drawn to the dangerous, charismatic Laurent. But as the fledgling trust between the two men deepens, the truth of secrets from both their pasts is poised to deal them the crowning death blow . . .

Also check out the other books in the Captive Prince series.