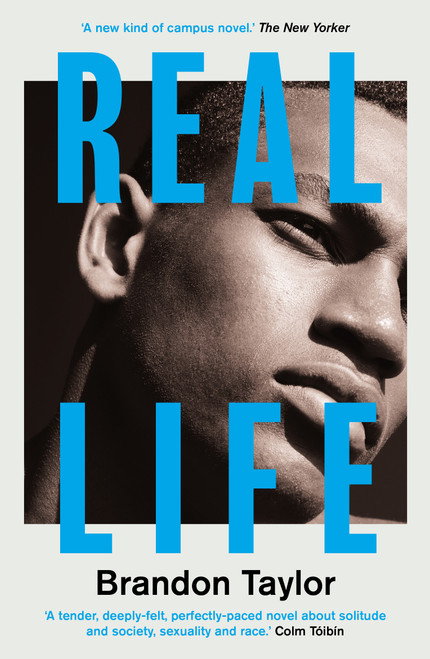 An elegant, brutal and startlingly intimate novel from an electric new voice.

Wallace has spent his summer in the lab breeding a strain of microscopic worms, a slow and painstaking process. He is four years into a biochemistry degree at a lakeside Midwestern university, a life that's a world away from his childhood growing up in Alabama. His father died a few weeks ago, but Wallace has not been home, and he hasn't told his friends - Miller, Yngve, Cole and Emma. For reasons of self-preservation, he has become used to keeping a wary distance even from those closest to him.

Over the course of one blustery end-of-summer weekend, a catastrophic mishap and a series of intense confrontations force Wallace to grapple with intimacy, desire, the trauma of the past and the question of the future.
Author: Brandon Taylor
Paperback  Published 1 September 2020 336 pages
Read and Recommended by Hendri:
"This debut novel has enjoyed intense buzz and was named one of the most anticipated books of 2020 by Harper's Bazaar, Entertainment Weekly, Buzzfeed, and many more... And it quickly becomes apparent why! No one can write about academic life and its racist micro-aggressions and debilitating impacts on the students' lives, like Brendon Taylor, who was a former aspiring scientist himself. In his widely praised debut novel, Real Life, Taylor, recounts the hostility experienced by Wallace, a young black man from Alabama, studying in a predominantly white setting. Taylor explores the possibility of liberation and hopes (however limited) as Wallace is pushed to the brink of alienation and uncertainty in his academic life and friendship circle. Taylor beautifully entwines Miller's estrangement from peers with his intensely confusing yet erotic encounter with his white 'straight'-identified friend, Miller. Throughout the novel, both young men gradually open up themselves, sharing their vulnerability, and eventually bringing a new self-understanding through such a connection with one another."
“[Real Life is] a sophisticated character study of someone squaring self-preservation with a duty to tolerate people who threaten it. The book teems with passages of transfixing description, and perhaps its greatest asset is the force of Wallace’s isolation, which Taylor conveys with alien strangeness.” —The New Yorker
“Shattering.” —Elle
“A novel of quiet, startling power.” —Harper’s Bazaar
×