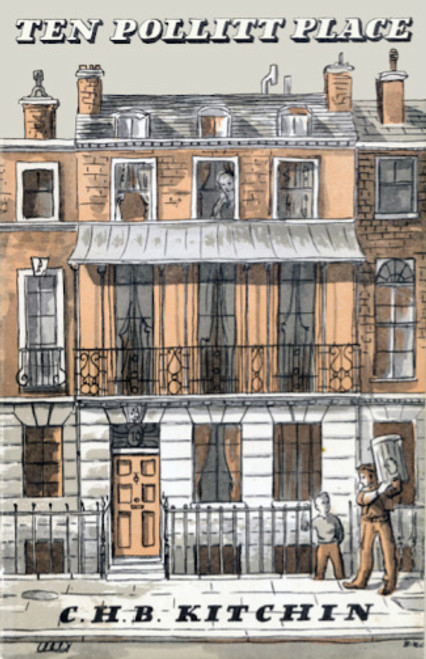 ‘Before the end of this year someone in this house is going to die.’ This is the terrible prophecy of fifteen-year-old Hugo, who possesses an uncanny gift of second sight. But who will it be? Maybe old Miss Tredennick, seventy-six, whose outrage at the prostitute across the street could bring on a stroke. Or perhaps aging novelist Justin Bray, once popular, but increasingly ignored by critics and booksellers. Then there are the Fawleys, trapped in a loveless marriage that Mr Fawley wants to escape so he can marry the housekeeper, Magda. Or could it be Hugo himself, the disabled boy with an unrequited passion for the man who collects the garbage? As year’s end approaches and each character’s personal tragedy unfolds, tensions are high at Ten Pollitt Place, while everyone wonders which of them may not live to see the new year. . . .

An unjustly neglected novelist, C.H.B. Kitchin (1895-1967) was best known for his early mystery novels and was frustrated later in life when he continued to turn out minor masterpieces like Ten Pollitt Place (1957) and The Book of Life (1960), which were largely overlooked by critics and the book-buying public. This first-ever reprinting of Kitchin’s brilliant novel includes a new introduction by Simon Stern and reproduces the original jacket art by Val Biro.