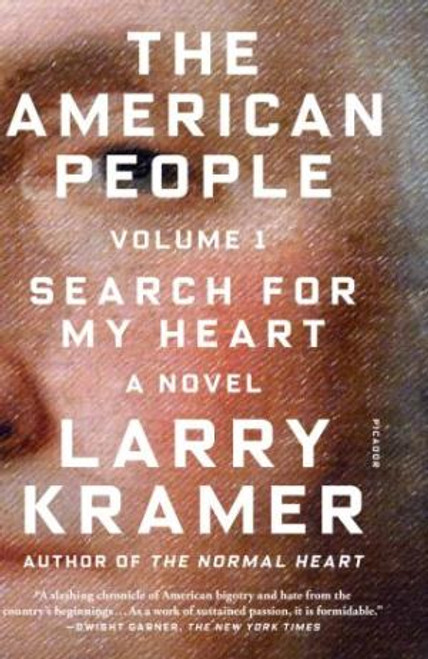 Forty years in the making, ''The American People'' embodies Larry Kramer's vision of his beloved and accursed homeland. As the founder of ACT UP and the author of ''Faggots'' and ''The Normal Heart'', Kramer has decisively affected American lives and letters. Here, as only he can, he tells the heartbreaking and heroic story of one nation under a plague, contaminated by greed, hate, and disease, yet host to transcendent acts of courage and kindness.

In this magisterial novel's sweeping first volume, which runs up to the 1950s, we meet prehistoric monkeys who spread a peculiar virus, a Native American shaman whose sexual explorations mutate into occult visions, and early English settlers who live as loving same-sex couples only to fall victim to the forces of bigotry. George Washington and Alexander Hamilton revel in unexpected intimacies, and John Wilkes Booth's motives for assassinating Abraham Lincoln are thoroughly revised. In the twentieth century, the nightmare of history deepens as a religious sect conspires with eugenicists, McCarthyites, and Ivy Leaguers to exterminate homosexuals, and the AIDS virus begins to spread. Against all this, Kramer sets the tender story of a middle-class family outside Washington, D.C., trying to get along in the darkest of times.

''The American People'' is a work of ribald satire, prophetic anger, and dazzling imagination. It is an encyclopedic indictment written with outrageous love.

Larry Kramer is the award-winning playwright of 'The Normal Heart' and author of iconic gay novel 'Faggots'. A pioneering AIDS activist, he co-founded the Gay Men's Health Crisis in 1982 and founded ACT UP in 1987.

Tell Me How This Ends Well (B Format Paperback)