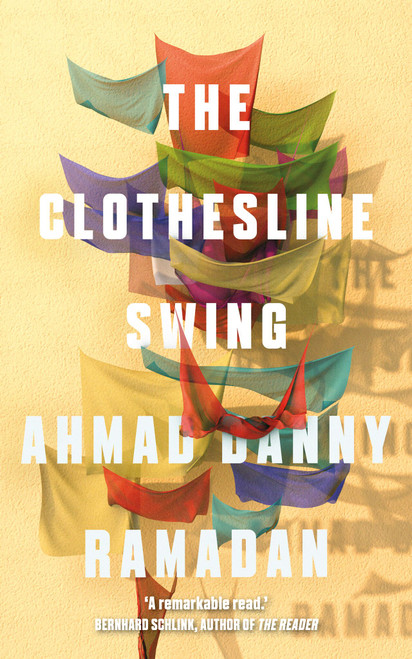 The Clothesline Swing is a journey through the troublesome aftermath of the Arab Spring. A former Syrian refugee himself, Ramadan unveils an enthralling tale of courage that weaves through the mountains of Syria, the valleys of Lebanon, the encircling seas of Turkey, the heat of Egypt and finally, the hope of a new home in Canada.

Inspired by Arabian Tales of One Thousand and One Nights, The Clothesline Swing tells the epic story of two lovers anchored to the memory of a dying Syria. One is a Hakawati, a storyteller, keeping life in forward motion by relaying remembered fables to his dying partner. Each night he weaves stories of his childhood in Damascus, of the cruelty he has endured for his sexuality, of leaving home, of war, of his fated meeting with his lover. Meanwhile Death himself, in his dark cloak, shares the house with the two men, eavesdropping on their secrets as he awaits their final undoing.