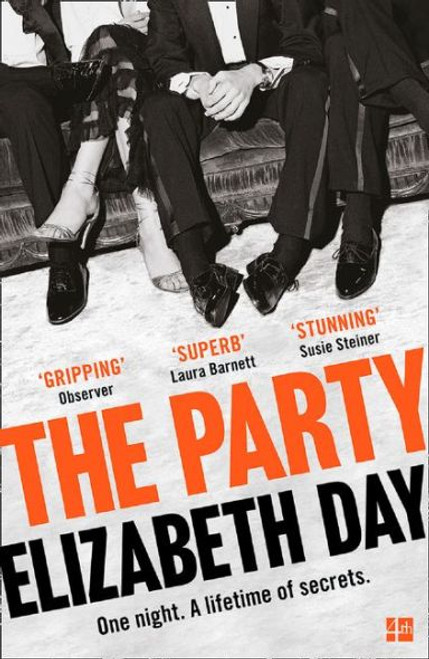 ‘As the train pressed on, I realised that my life was in the process of taking a different direction, plotted according to a new constellation. Because, although I didn't know it yet, I was about to meet Ben and nothing would ever be the same again.'

Martin Gilmour is an outsider. When he wins a scholarship to Burtonbury School, he doesn't wear the right clothes or speak with the right kind of accent. But then he meets the dazzling, popular and wealthy Ben Fitzmaurice, and gains admission to an exclusive world. Soon Martin is enjoying tennis parties and Easter egg hunts at the Fitzmaurice family's estate, as Ben becomes the brother he never had.

But Martin has a secret. He knows something about Ben, something he will never tell. It is a secret that will bind the two of them together for the best part of 25 years.

At Ben's 40th birthday party, the great and the good of British society are gathering to celebrate in a haze of champagne, drugs and glamour. Amid the hundreds of guests – the politicians, the celebrities, the old-money and newly rich – Martin once again feels that disturbing pang of not-quite belonging. His wife, Lucy, has her reservations too. There is disquiet in the air. But Ben wouldn't do anything to damage their friendship.

"This novel was released mid-2017 but flew under the radar in Australia. While in the UK, comparisons were made with Alan Hollinghurst’s The Line of Beauty as both books explore similar themes of class, politics, and sexuality. They also both feature a cameo from the British prime minister and a gay man as the main character, although it takes some time for The Party to make this evident. Handsome, charming Ben Fitzmaurice lives in an aristocratic cocoon of wealth, privilege and family connections. His best friend from school, Martin Gilmour, came from nothing, yet has managed to elevate himself into a successful career as an art critic. His connections with the Fitzmaurice family certainly helped. Despite their glaring differences, Ben never left Martin behind as he moved on from university and gradually the reader surmises that there is a reason for that, some dark secret binds them together. Both Ben and Martin marry and it is at Ben’s 40th lavish birthday party (attended by supermodels, television personalities and the prime minister) that the tensions explode. An ‘incident’ occurs, the police are called, and slowly the secrets are revealed as Martin and his wife are interviewed by the police. The Party has the pace and tension of a suspense novel but is also a captivating study of obsession, jealousy, and unrequited gay love."

The Night Ocean : A Novel