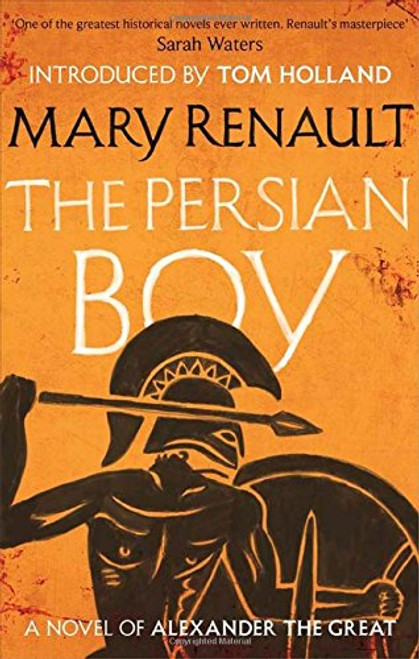 This it the second in the ground-breaking Alexander Trilogy written by Mary Renault - a trilogy which was a landmark in historical fiction as it was psychologically intense, but also very entertaining. Renault was also one of the first to write explicitly about Alexander's homosexuality (the first book of the trilogy was written in 1969), treating the tradition of male warrior lovers in ancient Greece as a norm of the times.

The Persian Boy traces the last years of Alexander's life through the eyes of his lover, the Persian eunuch Bagoas. Abducted and gelded as a boy, the exquisite Bagoas is sold as a courtesan to King Darius of Persia, but finds freedom with Alexander the Great after the Macedonian army conquers his homeland. The depth of the love between Bagoas and Alexander is examined in psychologically insightful and beautiful prose, with Bagoas having to deal emotionally and politically with Alexander's other lover (his fellow warrior and lieutenent, Hephaistion) as well as his wives. Their relationship sustains Alexander as he weathers assassination plots, the demands of foreign wives, a sometimes mutinous army, and his own ferocious temper.

This is a new Virago Modern Classic edition.

The King Must Die (Theseus Book #1)

The Return of Jack Slater

The Steel Remains (A Land Fit for Heroes #1)

The Sea and the City