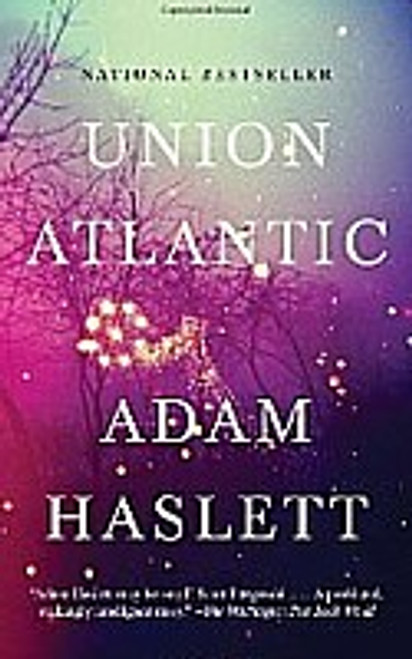 This eagerly anticipated debut novel from the author of the Pulitzer Prize finalist You Are Not a Stranger Here  is a deeply affecting portrait of the modern gilded age, the first decade of the twenty-first century. At the heart of Union Atlantic lies a test of wills between a young banker, Doug Fanning, and a retired schoolteacher, Charlotte Graves. When Doug builds an ostentatious mansion on land that Charlotte's grandfather donated to the town of Finden, Massachusetts, she determines to oust him in court. As a senior manager of Union Atlantic bank, a major financial conglomerate, Doug is embroiled in the company's struggle to remain afloat. It is Charlotte's brother, Henry Graves, the president of the New York Federal Reserve, who must keep a watchful eye on Union Atlantic and the entire financial system. Drawn into Doug and Charlotte's intensifying conflict is Nate Fuller, a troubled high-school senior who   stirs powerful emotions in  Charlotte and sexual desire in Doug, and  who unwittingly finds thrust upon himself the power to  influence the legal and cultural war game.  This is an irresistably  complex, imaginative, and witty novel. This book won the 2011 Lambda Literary Award in the category of best Gay Men's Fiction.

Maiden Voyages: Women and the Golden Age of transatlantic travel

Why Aren't You Smiling?

When the Sky Fell Apart

Wicked : Book One in the Wicked Years Series