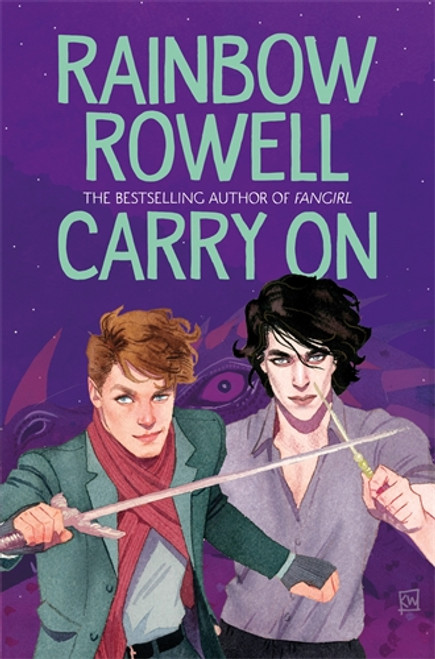 Simon Snow has a unique role in the World of Mages; he is seen as the Chosen One, who will deliver them from evil (known as the Insidious Humdrum).

But Simon is the worst Chosen One who's ever been chosen. Or at least that's what Baz, his roommate/archnemesis at Watford, a school for magical children says.

And Baz might be evil and a vampire and a complete git, but he's probably right.

Half the time, Simon can't even make his wand work, and the other half, he sets something on fire. His mentor's avoiding him, his girlfriend broke up with him, and there's a magic-eating monster running around wearing Simon's face.

When Baz doesn’t return at the beginning of term, Simon is suspicious. Is he planning something? Tensions are running high at Watford, and there is a divide between the Old Families and people who want social and political reforms.

When Baz finally returns at Watford, things are different. Instead of hating Baz, Simon is concerned about his welfare. And instead of wanting to kill Simon, Baz only wants to kiss him. As the World of Mages begins to crumble, Simon and Baz realize that they are stronger as allies than as enemies.

"Rowell imbues her magic with awe and spectacle. It's a powerful, politically minded allegory about sexual, ethnic and class identity - with a heady shot of teenage lust." ―New York Times Book Review

"Carry On is a triumph. Thrilling and sexy, funny and shocking, deeply moving and very, very magical. Trust me, you have never, ever seen a wizard school like this." ―Lev Grossman, #1 New York Times bestselling author of The Magicians trilogy