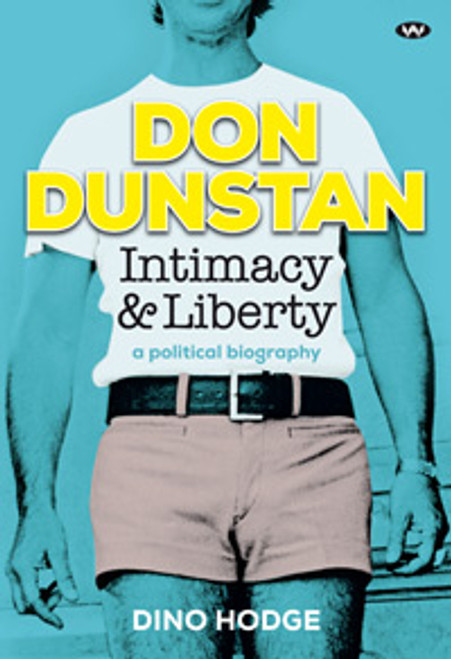 Don Dunstan, Premier of South Australia in the late 1960s and throughout the 1970s, is acknowledged as one of Australia's foremost civil rights advocates of the twentieth century. He actively promoted the rights of Indigenous Australians and women, and he passionately pursued multiculturalism. More than any other political leader in the country's history, Dunstan championed the rights of homosexual citizens at a time when they were treated as criminals, classified as insane, and regarded as outcasts. He was also bisexual.

This book records the change in public discourse over issues of homosexuality - from morality to state security and then civil liberties. Dunstan worked as a member of parliament for more than twenty-five years, and then throughout the remainder of his life, to realise his vision of full equality for same-sex attracted citizens. He focused on both legislative and cultural reforms, and introduced changes to the Police Force that were unprecedented and strongly resisted. His efforts and the backlash he suffered are fully documented here for the first time, finally giving due recognition to one of the country's most remarkable champions of human rights. Illustrated with many black & white and colour photographs.

The Perils Of Intimacy

Cupid Stunts : The Life and Radio Times of Kenny Everett

Going to Heaven: Life and Election of Bishop Gene Robinson

David McDiarmid: When This You See Remember Me