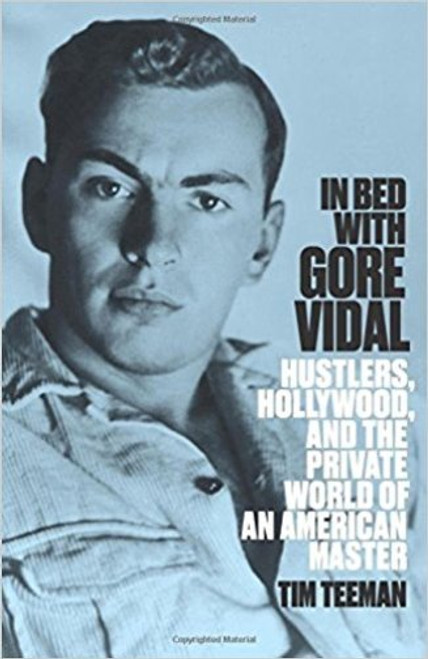 Gore Vidal claimed there was no such thing as “gay,” only gay sexual acts. But what was the truth about his sex life and sexuality—and how did it affect and influence his writing and public life? With In Bed with Gore Vidal: Hustlers, Hollywood, and the Private World of an American Master, Tim Teeman interviews many of Vidal’s closest family and friends, including Claire Bloom and Susan Sarandon, as well as surveying Vidal’s own rich personal archive, to build a rounded portrait of who this lion of American letters really was away from the page. Here, revealed for the first time, Teeman discovers the Hollywood stars Vidal slept with and the reality of his life with partner Howard Austen—and the hustlers they both enjoyed. Was Gore’s true love really a boy from prep school? Was he really, as he said, bisexual, and if so how close did he really get to marrying women, including Claire Bloom and Joanne Woodward? And if Vidal really was gay, why did he not want to say so? Did his own sex secrets underpin a legal fight with adversary William F. Buckley, still being played out after his death? Much as Vidal fought against being categorized, Teeman shows how he also proved himself to be a pugnacious advocate for gay sexual freedom in his books, articles, and high-profile media appearances. Teeman also, for the first time, vividly and movingly evokes the final, painful and tragic years of Vidal’s life, as he descended into alcoholism and dementia, his death, and the bitter, contentious legacy he has left behind.