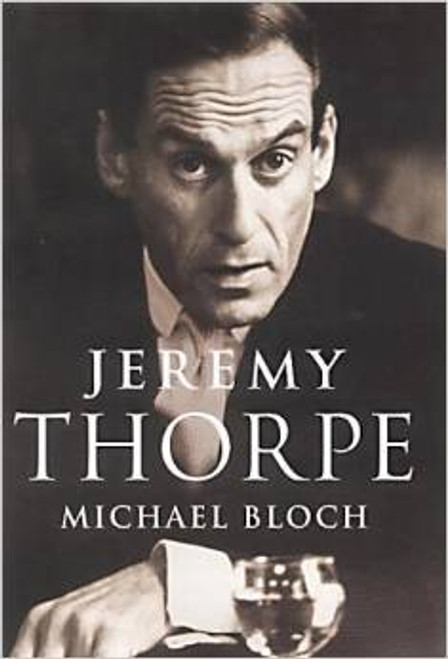 The story of Jeremy Thorpe's rapid rise and spectacular fall from grace is one of the most remarkable in British politics. Fascinatingly, it was actually written some time ago, but has only been recently published, at Thorpe’s request, in the days immediately following his death in December 2014.

When he became leader of the Liberal Party in 1967 at the age of just thirty-seven, Jeremy Thorpe seemed destined for truly great things. And yet his private behaviour was remarkably wayward, having numerous sexual affairs with waiters, Buckingham Palace footmen at state banquets, rent boys, black Africans while on fact-finding missions, art historians, and upper-class thugs! His behaviour was illegal at this time, which opened up his party to blackmail.

But it was the demands of one former lover, sometime male model Norman Scott, which threatened him most. Scott's incessant boasts about their 'affair' became increasingly embarrassing, and eventually led to a bizarre plot to shut him up for good. So an assassin was hired to quietly do away with him, but things went spectacularly awry… Jeremy was acquitted of involvement in Scott's murder but his career was in ruins.

What makes this biography a triumph is the way Bloch weaves the Scott story into a political and personal account of Thorpe's life ... With the hidden gay life, the blackmail, the fraud, the raffish and unsuitable friends, the family suicides, the payoffs, the lies, the secret letters, the bizarre murder plots, and the celebrity world, the story of Jeremy Thorpe is one of the most extraordinary political tales of the twentieth century.

Michael Bloch's new biography of the former Liberal leader is never less than riveting, and is also the definitive character study of one of the most fascinating figures in post-war British politics.