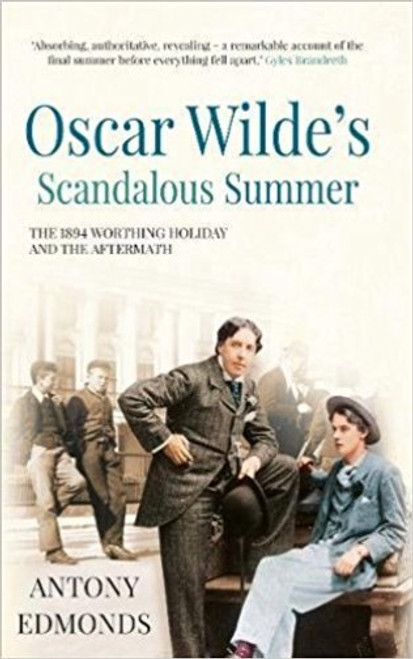 In the summer of 1894 Oscar Wilde spent eight weeks in Worthing, during which he wrote his masterpiece, The Importance of Being Earnest. This family holiday was a microcosm of Wilde’s complicated life during the three years between his falling in love with Lord Alfred Douglas and his imprisonment in 1895. While Constance Wilde, lonely and depressed, fell in love with her husband’s publisher, Wilde was spending his time with the feckless and demanding Douglas, and with three teenage boys he took sailing, swimming and fishing. One of these boys was Alphonse Conway, with whom Wilde had a sexual relationship – and about whom he was to be questioned at length in court six months later, after he sued Douglas’s father, the Marquess of Queensberry, for libel. This book tells for the first time the full story of the Worthing summer, set in the context of the three years of Wilde’s life before his downfall. The author devotes a chapter to the composition of – and influences on – Earnest, and also reassesses the trials, offering fresh insights into Wilde’s attitude to the youths with whom he was sexually involved. There are fifty-nine illustrations, including over thirty photographs of Worthing in Wilde’s time and three contemporary maps.