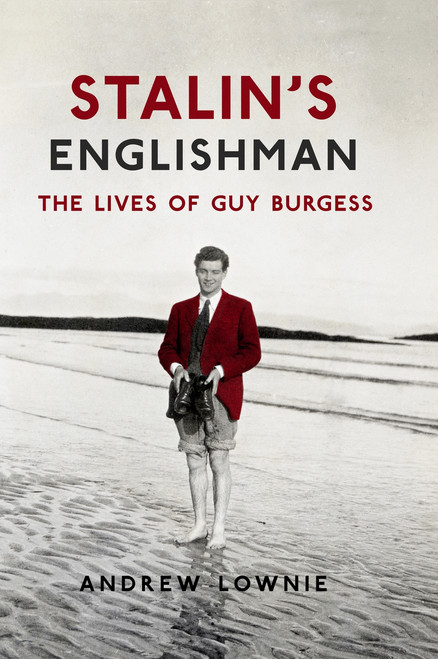 This is the extraordinary true story of Guy Burgess, the man at the heart of the Cambridge Spy Ring and a linchpin of Cold War espionage. A noted sex-obsessed homosexual and alcoholic, he was also addicted to socializing (Winston Churchill, EM Forster, George Orwell,Maynard Keynes and Christopher Isherwood are some of the many notable figures mentioned), and has been the subject of many portrayals in film and theatre (Rupert Everett portrayed a young version of him in ''Another Country'' and Alan Bennett wrote the play ''An Englishman Abroad'' about him).

Guy Burgess was the most important, complex and fascinating of 'The Cambridge Spies' - along with Maclean, Philby, Blunt - all brilliant young men recruited in the 1930s to betray their country to the Soviet Union. An engaging and charming companion to many, an unappealing, utterly ruthless manipulator to others, Burgess rose through academia, the BBC, the Foreign Office, MI5 and MI6, gaining access to thousands of highly sensitive secret documents which he passed to his Russian handlers.

In this first full biography, Andrew Lownie shows us how even Burgess's chaotic personal life of drunken philandering did nothing to stop his penetration and betrayal of the British Intelligence Service. Even when he was under suspicion, the fabled charm which had enabled many close personal relationships with influential Establishment figures prevented his exposure as a spy for many years. There is also a surprising list of Burgess' lovers, including Sir Harold Nicholson, Sir Steven Runciman and the writer James Pope-Hennessy, as well as numerous lorry drivers!

Through interviews with more than a hundred people who knew Burgess personally, many of whom have never spoken about him before, and the discovery of hitherto secret files, ''Stalin's Englishman'' brilliantly unravels the many lives of Guy Burgess in all their intriguing, chilling, colourful, tragi-comic wonder.