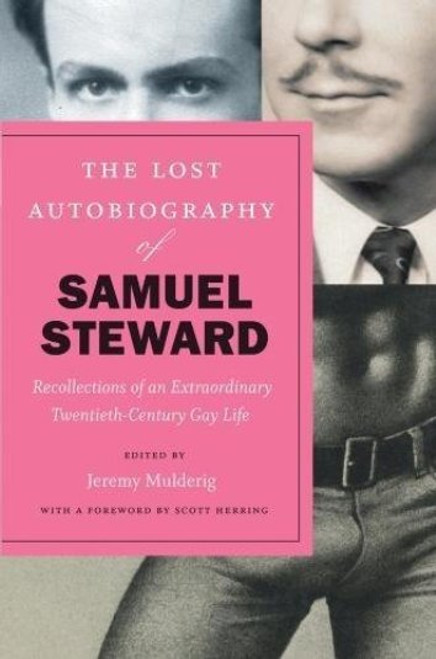 On August 21, 1978, a year before his seventieth birthday, Samuel Steward (1909–93) sat down at his typewriter in Berkeley, California, and began to compose a remarkable autobiography. No one but his closest friends knew the many different identities he had performed during his life: as Samuel Steward, he had been a popular university professor of English; as Phil Sparrow, an accomplished tattoo artist; as Ward Stames, John McAndrews, and Donald Bishop, a prolific essayist in the first European gay magazines; as Phil Andros, the author of a series of popular pornographic gay novels during the 1960s and 1970s. Steward had also moved in the circles of Gertrude Stein, Thornton Wilder, and Alfred Kinsey, among many other notable figures of the twentieth century. And, as a compulsive record keeper, he had maintained a meticulous card-file index throughout his life that documented his 4,500 sexual encounters with more than 800 men.

The story of this life would undoubtedly have been a sensation if it had reached publication. But after finishing a 110,000-word draft in 1979, Steward lost interest in the project and subsequently published only a slim volume of selections from his manuscript.

In The Lost Autobiography of Samuel Steward, Jeremy Mulderig has integrated Steward’s truncated published text with the text of the original manuscript to create the first extended version of Steward’s autobiography to appear in print—the first sensational, fascinating, and ultimately enlightening story of his many lives told in his own words. The product of a rigorous line-by-line comparison of these two sources and a thoughtful editing of their contents, Mulderig’s thoroughly annotated text is more complete and coherent than either source alone while also remaining faithful to Steward’s style and voice, to his engaging self-deprecation and his droll sense of humor. Compellingly readable and often unexpectedly funny, this newly discovered story of a gay life full of wildly improbable—but nonetheless true—events is destined to become a landmark queer autobiography from the twentieth century.

The Autobiography of a Transgender Scientist

Filthy: The Phenomenon of John Waters