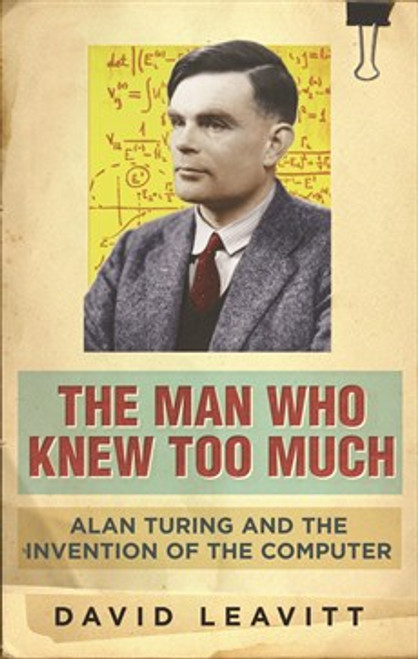 This is the story of Alan Turing, the persecuted genius who helped break the Enigma code and create the modern computer, most recently portrayed by Benedict Cumberbatch in the award-winning movie The Imitation Game. This account of his life is told by celebrated author David Leavitt, with the sensitivity of a gay man, and the artistic sensibility of a novelist (as opposed to a biographer). David Leavitt portrays Turing in all his humanity - his eccentricities, his brilliance, his fatal candor - while elegantly explaining his work and its implications.

To solve one of the great mathematical problems of his day, Alan Turing proposed an imaginary programmable calculating machine. But the idea of actually producing a 'Turing Machine' did not crystallize until he and his brilliant Bletchley Park colleagues built devices to crack the Nazi's Enigma code, thus ensuring the Allies' victory in World War II. In so doing, Turing became the champion of artificial intelligence, formulating the famous (and still unbeaten) Turing Test that challenges our ideas of human consciousness, and leading him to be called ''the father of computing''. But Turing's postwar computer-building was cut short when, as an openly gay man in a time when homosexuality was illegal in England, he was apprehended by the authorities and sentenced to a 'treatment' that amounted to chemical castration, leading to his suicide. Now hailed as a national hero who saved millions of lives through his ground-breaking work which shortened the Second World War by years, Turing was posthumously given a royal pardon for his gay crimes conviction in 2013, which has led to an on-going campaign to have all gay convictions in the UK overturned.