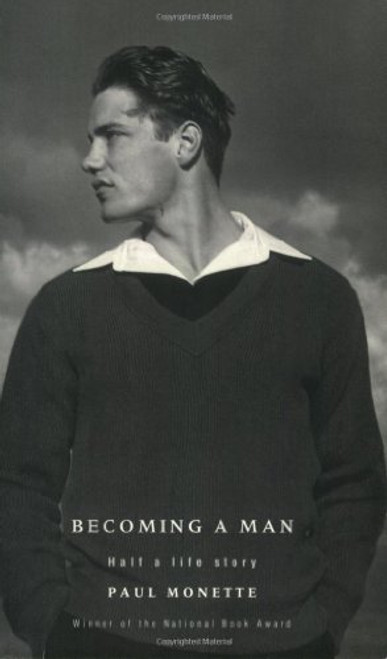 He grew up in a small town in New England in the 1950's, watching lassie, going to church, getting straight A's at school, a scholar destined for success. But he already had a secret, and his public life with family and friends was already a constant round of ventriloquism as he played the joker and pretended to be the same as everyone else. For Paul Monette was gay.

BECOMING A MAN is about growing up gay, and about the tyranny and self denial of the closet - one man's struggle, for half his life, to come out. From the white-bread 1950's through the rebellious 1960's to the self-creating 1970's and beyond, it forms a passionately honest and unsparing account of the tortures of living a lie, a naked protrait of one man's fight for freedom in a time of ignorance and bigotry.