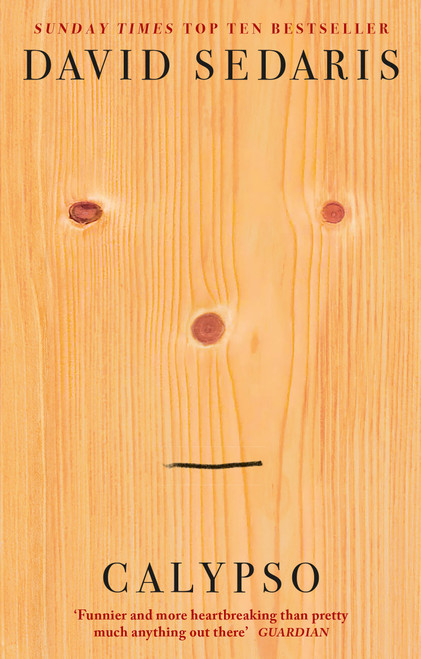 If you've ever laughed your way through David Sedaris's cheerfully misanthropic stories, you might think you know what you're getting with Calypso. You'd be wrong. When he buys a beach house on the Carolina coast, Sedaris envisions long, relaxing vacations spent playing board games and lounging in the sun with those he loves most. And life at the Sea Section, as he names the vacation home, is exactly as idyllic as he imagined, except for one tiny, vexing realization: it's impossible to take a vacation from yourself. With Calypso, Sedaris sets his formidable powers of observation toward middle age and mortality. Make no mistake: these stories are very, very funny - it's a book that can make you laugh 'til you snort, the way only family can. Sedaris's writing has never been sharper, and his ability to shock readers into laughter unparalleled. But much of the comedy here is born out of that vertiginous moment when your own body betrays you and you realize that the story of your life is made up of more past than future. This is beach reading for people who detest beaches, required reading for those who loathe small talk and love a good tumour joke. Calypso is simultaneously Sedaris's darkest and warmest book yet - and it just might be his very best.

Reviewed and recommended by Graeme Aitken:

"The cover design of this new essay collection may seem a little dull, but the title story it is derived from is one of the standouts in this wildly amusing new book. Janet is an old friend of David’s, who highlights the grain in sheets of plywood and declares it to be ‘art’. She gifts him a work which purportedly is of ‘a one-eyed racoon looking in a mirror’. ‘Like hell it is’ David’s father snorts. But obscure wood art (as featured on the cover) is just a side-issue in ‘Calypso’. The real thrust of the story is David’s desire to take possession of his lipoma (a harmless fatty tumour) once he has it surgically removed and feed it to a snapping turtle he has developed a fascination for. However, it is against federal law for the surgeon to give Sedaris anything that has been removed from his body, and so you might think that is the end of that particular whim, except it isn’t and where the story leads becomes more and more outlandish. This book is undoubtedly one of Sedaris’ best, yet it is also probably his most intimate. It seems that nothing is off limits as various family troubles or tragedies are revealed. He writes about his mother’s alcoholism and even about his younger sister Tiffany’s suicide, and yet amongst this darkness he can still find the humour. He points out that in Japan if you commit suicide by throwing yourself in front of a train, your family is fined $80 000 for all the inconvenience you caused. ‘Of course...if your family was the whole reason you were killing yourself, I suppose it would just be an added incentive.’ Nor does he shy away from presenting himself in a poor light, revealing that the last time he saw Tiffany, was at the stage door after one of his shows, and he had security close the door in her face. Shopping in Tokyo provides endless fascination to Sedaris and buyer’s remorse is unknown to him as he snaps up wildly expensive items of clothing that might make some people question his gender - such as dress culottes by Commes des Garcons, a Yohji Yamamoto denim smock, and a button-down shirt that you wear backwards! Meanwhile sister Gretchen pounces upon a hat that resembles a used toilet brush! The purchase of a Fitbit and an Apple Watch also provides great fodder for Sedaris as he struggles to meet its never-ending demands, even if suffering from a gastrointestinal virus! This book truly finds Sedaris in top form, but amongst the witty and wry observations on life’s absurdities there are also many deeper reflections on growing older, on failing health, and ultimately death and its aftermath."